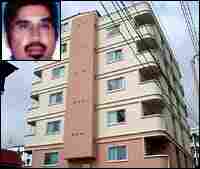 Al Qaeda and Jemaah Islamiyah operatives have moved through Thailand in the past decade. The porous border between southern Thailand and Malaysia makes it easy for terrorists to cross freely.

Meanwhile, the 18-month-old separatist insurgency in mainly Muslim southern Thailand, in which more than 900 people have died in the past year, has many worried. Analysts warn that foreigners from al Qaeda, Jemaah Islamiyah and similar groups could hijack the rebellion if the Thai government doesn't address the problem. This bodes ill not just for Thailand's tourism industry, but regional stability as a whole.

Michael Sullivan completes a three-part series on the fight against terrorism in Southeast Asia.