Accessibility links
Steve Reich: A Wild Compositional Ride Steve Reich is one of the pioneering voices of the minimalist movement in classical music. Now he's written two pieces that he says may be his best work. A CD of these pieces is being released this week.

"Wouldn't it be nice if I just diverged here..."

"At the computer I use a program called Sibelius..."

'You Are,' Second Movement

"Shiviti Hashem L'negdi (I place the eternal before me)"

In a conversation with composer Steve Reich, you're as likely to find references to quantum mechanics and computers as you are to Bach. 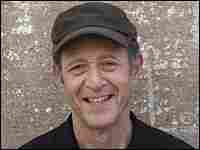 Conductor Grant Gershon on Reich: "[His] pieces remind me a little bit of, at Disneyland, Mr. Toad's Wild Ride. It has that kind of feeling to it." Peter Serling hide caption

For his latest composition, You Are (Variations), the conversation involves Hebrew psalms, mysticism and German philosophy. The first movement of You Are comes from the writings of Rabbi Nachman of Breslov, a Hassidic mystic from the 18th century.

The movement's title is "You are wherever your thoughts are," which Reich considers "a wonderful description of how we listen to music. As the music goes, so we go… if you're really listening."

Reich, who turns 69 on Oct. 3, looks forward to marking his birthday with the release of a new CD. The disc features You Are (Variations) and a second piece, Cello Counterpoint.

For his 70th birthday, Reich is already working on two new pieces -- one is called Pearl Variations, in memory of journalist Daniel Pearl, who was kidnapped in 2002 and killed by his captors while reporting a story in Pakistan. Jeff Lunden talks with Reich about his music.