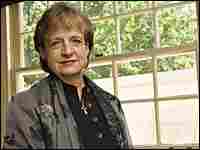 Supreme Court nominee Harriet E. Miers' 30-year career as a corporate lawyer and some-time public servant in Texas earned her a reputation not unlike her state's motto: "Don't Mess with Harriet Miers."

Perhaps the best example of that is her five-year stint cleaning up the scandal-ridden Texas Lottery Commission. After she was appointed chairwoman by then-Gov. George W. Bush in 1994, she led a campaign to repair the lottery's credibility. Its standing was damaged by a federal probe that raised questions about large payments made by the lottery's main contractor, GTECH Corp., to its lobbyists, among them former Lt. Gov. Ben Barnes.

"Although she's a small-framed woman, we all believed she came through the Marines and maybe ate nails for breakfast because she's one tough cookie," said Horace Taylor, a former lottery employee who worked for Miers during the effort.

When allegations surfaced that lottery director Nora Linares' boyfriend had worked as a consultant for GTECH, Miers quickly moved to have Linares fired because she'd been so damaged by the scandal.

Linares filed suit against the commission but later dropped that lawsuit and instead sued GTECH. An agreement ending the dispute with the commission later exonerated Linares.

But Linares' attorney, Charles Soechting, complained that Miers took an unnecessarily hard-nose approach to his client, refusing to let her exit gracefully by resigning.

"I learned from Harriet that someone can be stone cold and at the same time act like they care," he told Texas Lawyer magazine in 2003.

Miers fellow lottery commissioners disputed that characterization, saying she was respectful and gracious with a sense of humor that helped ease the stress of the job.

Former commissioner Anthony Sadberry, now an attorney in suburban Houston, recalled the time he and Miers found out the coffee they'd been drinking at every meeting in the break room was paid for by lottery employees. Ethics rules prohibited commissioners from accepting anything of value from vendors, lobbyists, or even commission employees.

"Harriet walked in one day with a fistful of dollars and said 'Let me put this issue to rest now,"' Sadberry said. "There was probably enough money there for two years' worth of coffee."

Miers had no tolerance for scandal. Linares' successor as lottery director, Lawrence Littwin, was let go door after just four months on the job after he ruffled feathers by ordering lottery security officers to research campaign finance records of 30 current and former state officials. Miers then set her sites on GTECH itself, pushing to have its $130 million annual contract with the lottery rebid. "The necessity to assure the public that our contractors pass the strictest scrutiny is essential," Miers wrote in a letter to the commission staff.

The moves, however, had consequences far beyond Texas' lottery. Both the fired lottery directors later sued and won settlements from GTECH. For his part, Lawrence Littwin claimed that GTECH had used its political influence to have him fired. Miers denied the accusation.

A subsequent lawsuit by Littwin helped to ignite questions about whether Bush used political influence to avoid active duty during the Vietnam War. Littwin's lawyers suggested that former Lt. Gov. Ben Barnes, who was a lobbyist for GTECH until January 1997, helped the company keep its state contract to run the lottery in exchange for keeping silent about how he had helped Bush get into the Air National Guard in 1969.

During Mr. Bush's 2004 presidential campaign, Barnes told CBS's 60 Minutes that a friend of the Bush family had once asked Barnes to help get the young future president into the National Guard, in part, so he could avoid service in Vietnam.

At one point, Miers became involved in the controversy directly, when state records show that Mr. Bush's election campaign paid her firm $19,000 to conduct an investigation into the controversy. According to Newsweek's Michael Isikoff, she identified a problem: "That Bush had help from his father in getting into the National Guard in 1968."

Miers resigned from the lottery commission in 2000. Although the decline in sales had caused the Texas' lottery to fall from the first- to fourth-largest in the country, she made no mention of the fact when announcing her decision and attributed her decision to "other commitments."

And when President Bush nominated Miers to the Supreme Court on Monday, he praised her work for the commission. "I chose Harriet because I knew she would earn the confidence of the people of Texas," Mr. Bush said. "She delivered results."