Accessibility links
Studs Terkel, Adventures of an Eclectic Disc Jockey Studs Terkel has interviewed some of the world's most familiar musicians. In And They All Sang he's collected interviews with Bob Dylan, Louis Armstrong, Ravi Shankar and others. 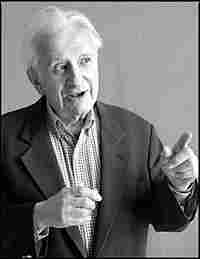 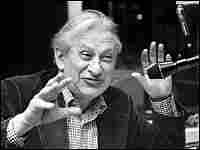 Terkel on his Chicago radio show, The Wax Museum in 1977. The show debuted shortly after the end of World War II and ran for 45 years. hide caption

Celebrated broadcaster Studs Terkel has interviewed some of the world's most familiar musicians. In his latest book, And They All Sang: Adventures of an Eclectic Disc Jockey, he's collected interviews with Bob Dylan, Louis Armstrong, Ravi Shankar and others that reflect his diverse taste in music.

For 45 years, Terkel's weekly music program, The Wax Museum, allowed him to play whatever he wanted -- from opera to jazz to folk -- an eclectic mix that reflected no one's taste but his own.

He went on to become well-known for his oral histories of everyday life and the unsung hero. Terkel chronicled the trials and tribulations of ordinary men and women in his book, Working, and their hopes and disappointments in American Dreams: Lost and Found.

Studs Terkel, radio broadcaster and oral historian; Terkel is the author of many books including Working and the Pulitzer Prize-winning The Good War. 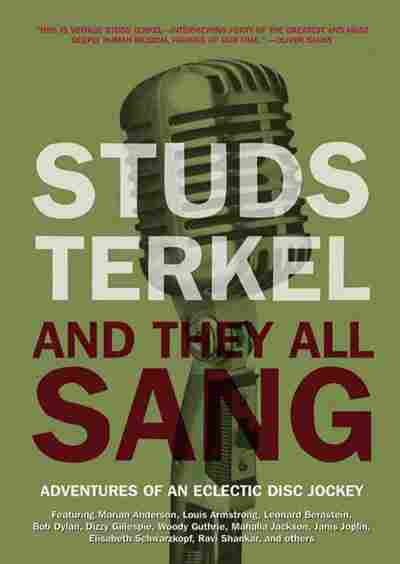 And They All Sang

Adventures of an Eclectic Disc Jockey