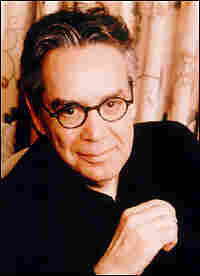 Composer Howard Shore follows up his Oscar-winning soundtrack to Lord of the Rings with the score to another good-versus-evil battle in the newly released film A History of Violence.

A former Saturday Night Live musical director and rock 'n roll saxophonist, Shore has some 60 film scores to his credit. Many are for his long-time collaborator, filmmaker David Cronenberg, who directed the new film, a screen adaptation of a graphic novel about a diner owner's seeming act of heroism.

Fans will recognize some familiar musical themes from past film scores, such as those from Shore's epic soundtrack to Peter Jackson's Lord of the Rings. Shore, who has written scores for everything from The Silence of the Lambs to Mrs. Doubtfire, discusses his latest collaboration with Cronenberg, which Shore describes as a "classic Western where the visceral battle between good and evil is examined."

'A History of Violence' Site