Accessibility links
Revised 'Paris Review' Attracts Critics The latest issue of The Paris Review is the first for a new editor, Philip Gourevitch. Some former editors say the quarterly is no longer loyal to the vision of its founder, the late George Plimpton.

The latest issue of The Paris Review is the first for a new editor, Philip Gourevitch. Some former editors say the quarterly is no longer loyal to the vision of its founder, the late George Plimpton. 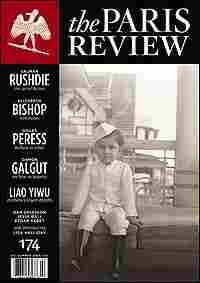 The content and focus of the new Paris Review has been questioned by some former editors. hide caption 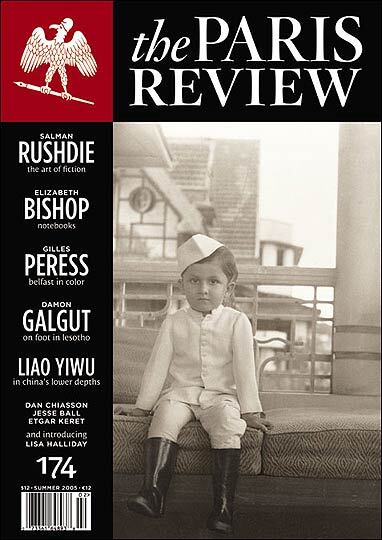 The content and focus of the new Paris Review has been questioned by some former editors.

[POST-BROADCAST CORRECTION: The following correction ran on Weekend Edition Saturday, 10/15/05: "NPR apologizes to The Paris Review, and its editor, Philip Gourevitch, for a story that aired last week. In that piece, we failed to allow Mr. Gourevitch any opportunity to answer critics of his stewardship of the magazine. In fact, the new Paris Review includes six items--including a fiction debut by an American author, some works in translation, and poetry--that, in the view of NPR, UPHOLD the vision of the literary magazine's founder, George Plimpton."]

The nation's oldest literary magazine is at a crossroads now. The new issue of The Paris Review is out now on newsstands, the first under a new editor put together by a news staff in a new office. The quarterly magazine also has a new look that some former editors are worried about what's between the covers. They say The Paris Review may be new but it's not improved and it's betraying the vision of its founder George Plimpton. From New York, Tom Vitale has the story.

This is what the office of the world's most famous literary magazine sounds like as the staff scrambles to close out its new issue and get it to the printer.

VITALE: It may sound like the only thing working in this open TriBeCa loft is the air conditioning, but a half-dozen staffers hunch over desks across the room pounding away at the essential work of the literary magazine, reading the more than a thousand manuscripts submitted for the new issue. Editor Philip Gourevitch plucks a short story from a wire basket.

Mr. PHILIP GOUREVITCH (Editor, The Paris Review): Here's a story or a submission of 10 pages and it's got already three handwritten pages with about eight entries from different readers saying what they think of it. And so a kind of discussion takes place in that form.

VITALE: The readers at The Paris Review are doing what they've always done, poring over every submission that comes in over the transom. In the literary circles, this is sacred work. Gourevitch and his staff are carrying on the legacy of George Plimpton, who founded a magazine with a few friends in Paris in 1953 and then ran it out of the basement of his New York apartment for the next 50 years. In that cramped subterranean office in 1987, George Plimpton said the magazine's greatest achievement was publishing emerging writers.

VITALE: Throughout the 1990s, The Paris Review continued to discover new talent.

Mr. JEFFREY EUGENIDES (Author): On the morning the last Lisbon daughter took her turn at suicide--it was Mary this time and sleeping pills like Therese--the two paramedics arrived at the house knowing exactly where the knife drawer was and the gas oven and the beam in the basement from which it was possible to tie a rope.

VITALE: Jeffrey Eugenides was virtually unknown in 1991 when The Paris Review published an excerpt of his quirky, offbeat first novel.

Mr. EUGENIDES: After the first chapter of "The Virgin Suicides" was published in The Paris Review, Lynn Nesbit, a literary agent, saw it and called me in and said she wanted to represent me and I said yes. So really I went from a state of anonymity to being a published writer because of George Plimpton and The Paris Review.

VITALE: "The Virgin Suicides" was later published to critical acclaim and then adapted for Hollywood. Eugenides' second novel, "Middlesex," won the 2003 Pulitzer Prize for fiction. George Plimpton was loathed to take credit. He attributed The Paris Review's eye for talent to a young and committed staff.

Mr. PLIMPTON: I just have a feeling that judging from the staff we have now, if I got run over by a taxi, I think the magazine would continue.

VITALE: And it did after Plimpton died suddenly from natural causes two years ago at the age of 76. Managing editor Brigid Hughes became editor in chief and she says she tried to run the magazine the way Plimpton had, listening to her staff just as Plimpton listened to her when she arrived as an intern fresh out of college.

Ms. BRIGID HUGHES (Editor in Chief, The Paris Review): Every week or every other week, you would have these editorial meetings and people would talk of their, you know, opinions about stories, should or shouldn't it accepted, and your opinion was definitely not only welcomed but expected. And to have, you know, your opinion about a story matter seemed like a pretty remarkable thing.

VITALE: But earlier this year, Brigid Hughes and her entire staff were fired by The Paris Review's board of directors.

Mr. PETER MATTHIESSEN (Co-Founder, The Paris Review): We came in and we had a big meeting right after George died. We figured we had to get a hold of this thing or it's just gonna die out very slow, not a very good death.

VITALE: Novelist Peter Matthiessen was a lifelong friend of Plimpton's and a co-founder of The Paris Review, although he hadn't been personally involved with running the magazine for decades. Matthiessen says in recent years, The Paris Review had lost its edge.

Ms. ELIZABETH GAFFNEY (Senior Editor, The Paris Review): We were nominated for the National Magazine Award for Fiction the year that George died and the year after he died. I don't think that anyone in the literary community who wasn't on that board thought that the magazine was not operating professionally.

VITALE: Elizabeth Gaffney was the senior editor. She'd worked at The Paris Review for 16 years before she was fired this spring.

Ms. GAFFNEY: I think a bunch of septuagenarians resented the successes of a bunch of young editors who might have had a different set of goals and tastes. And they had been totally disengaged from the magazine in all those years. I think they just wanted to remake it with their own hands.

VITALE: The two issues of The Paris Review Gaffney worked on after Plimpton's death were, in Peter Matthiessen's words, "pretty good." But Matthiessen says the new editor, Philip Gourevitch, has revitalized the magazine.

Mr. MATTHIESSEN: There's an energy there now that just has not been since the old days of Paris really.

VITALE: But The Paris Review has always been a fiction magazine, and Philip Gourevitch is a non-fiction writer. Gourevitch has redesigned The Paris Review, adding a new typeface and reviving an old logo. And he says he's made it easier to handle. The old Review was like a thick paperback book. In the new issue, the pages are larger and there are half as many of them.

Mr. GOUREVITCH: If you look at the magazine in recent years, it was literally physically difficult to open and you have to kind of open it up and break the spine or it snaps shut like a Venus flytrap. When we got our dummy books back from the printer with our new paper and so forth, I open it up, it just lay flat on the table and it was exhilarating because you thought, `Ah, now there's a book for reading.'

VITALE: Readers of the new Paris Review will see an interview with Salman Rushdie, a novella from the South African writer Damon Galgut, excerpts from the notebooks of poet Elizabeth Bishop that will be published in hard cover next year and the first published story by American writer Lisa Halliday. The issue also includes three non-fiction portraits of Chinese criminals by dissident writer Liao Yiwu. Former editor Elizabeth Gaffney says The Paris Review has become just like The New Yorker.

Ms. GAFFNEY: I don't think all of the work we did building The Paris Review readership and fund raising from people who cared about fiction and poetry is going to be directed to a good end if it's going towards more commercially oriented non-fiction and even literary fiction that's probably gonna come out in a high-print run literary edition from Knopf or Random House. I mean, the really great work was to get published things that would otherwise not have been published. And I don't have any inkling that that will still be a primary goal of the magazine. It may be. I hope so. I hope I'm wrong.

VITALE: Elizabeth Gaffney and Brigid Hughes are launching a new literary magazine this winter called A Public Space, which they describe as a re-imagining of George Plimpton's Paris Review for the 21st century.

SIMON: Wasn't that harmonium? And this is WEEKEND EDITION, directed by Matt Martinez who was born 30 years ago today in a humble log cabin in Mesa, Arizona.

NPR apologizes to 'The Paris Review' and Philip Gourevitch for this story. In the piece, we failed to allow Mr. Gourevitch any opportunity to answer former editors who questioned his stewardship of the magazine. In fact, the new 'Paris Review' includes six items — including a fiction debut by an American author, some works in translation, and poetry — that, in the view of NPR, uphold the vision of the literary magazine's founder, George Plimpton.