Accessibility links
Live Your Life So That You Will Have No Regrets Retired teacher and USA Weekend reader Nancy Yucius believes in living life so as to have no regrets. It's a lesson she learned from her mother and one Yucius is holding on to even more now that she is battling colon cancer.

Listen
Live Your Life So That You Will Have No Regrets

When I was growing up, I remember my mother saying dozens of times, "Live your life so that at the end of it you'll have no regrets." She sure did. She was her city's first licensed female pilot, went alone in 1936 on a six-month bicycling tour of Europe, raised three girls and helped my dad build their retirement house. She did all the things she wanted to do and died at peace with her life in 2001 at age 88. 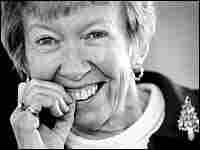 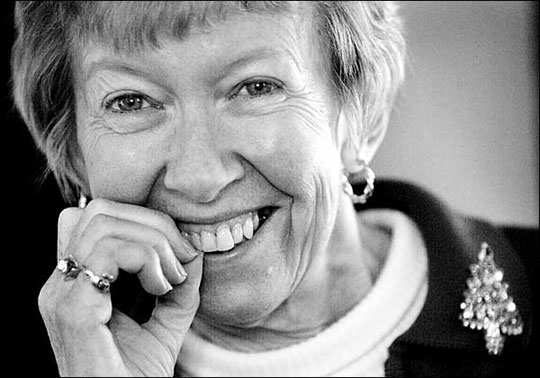 Nancy Yucius is a retired special education teacher living in Avon, Mass. An avid reader and life-long traveler, she recently returned from a five-week cruise of Scandinavia and Europe. Yucius credits her family and church (where she's been a deacon for 18 years) for supporting her during her cancer.

Living my life so I'd have "no regrets" was a lesson I took in and believed in. I saved dimes and quarters while paying my way through college to save for my own three-month tour of Europe. I've gone up in a hot-air balloon, traveled extensively, worked for good causes in my church and taught hundreds of children to read during my 23-plus-year career as a special education teacher for Massachusetts public schools.

My husband, David, and I raised three happy, productive children, all married now, and enjoy our eight grandchildren. I've been lucky enough to have had a supportive husband who has allowed me to live my life as I wanted to live it. He did double duty around the house when I went back to school to get my master's degree, watched nervously as I took a ride on a Harley and silently cringed when I insisted on going parasailing. He worriedly wished me bon voyage several times as I traveled far and wide during summers when he had to work.

I never worried, though, because I abide by this life-affirming passage I found a few years ago. This, I believe: "Everyone is dying all the time. Everyone is also living all the time. It's all in your perspective which one you're experiencing! Choose wisely." It's so much like my mother's advice. And it's helping me now.

Eight months ago, I was unexpectedly diagnosed with colon cancer. Since then, I've had surgeries and several rounds of chemotherapy. Statistics say I have about another year to live. Maybe I do, or maybe I'll have more. No matter: I refuse to let cancer change my philosophy. When I feel well, I pack in as many experiences as I can. I visit friends, travel, laugh, read wonderful novels, play with our grandchildren and cherish those I love.

I believe in living my life. At some point -- hopefully much later than the doctors predict -- I'll feel too poor to enjoy what used to give me pleasure. Then, I hope to do just as my mother did. I'll reminisce with family and friends about my wonderful life experiences. I'll savor my memories. And I'll say to anyone who'll listen, "I believe you should live your life so that at the end of it you will have no regrets."

Nancy Yucius' essay was also published in the Oct. 9 edition of USA Weekend, our newspaper partner for 'This I Believe.'