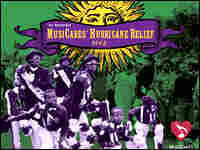 Musicians Harry Connick Jr. and Branford Marsalis, two New Orleans natives, have been friends for years -- back to the days when Connick took piano lessons from Marsalis' father, Ellis. 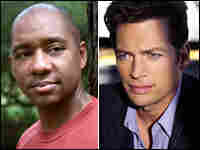 And when their hometown was devastated by Hurricane Katrina, Marsalis and Connick sought to help any way they could. Marsalis' brother Wynton organized a benefit concert in New York. And Branford's label, Marsalis Music, is releasing a benefit CD, Celebration of New Orleans Music to Benefit the Musicares Hurricane Relief.

Connick returned to the city in early September, navigating its streets by boat and offering help where he could. Some of his experiences there became stories he submitted to NBC's Today show.

As the extent of the disaster became evident, Connick signed on with Habitat for Humanity to serve as honorary chair of "Operation Home Delivery," an effort to rebuild housing for families along the Gulf Coast.

It's an effort that, once again, Branford Marsalis has joined him in supporting, as he is the honorary chair of the New Orleans effort.

Earlier this year, the pair teamed up for Connick's CD Occasion: Connick on Piano, Vol. 2. The album features 13 duets for piano and saxophone, most of them written by Connick, such as "Chanson du Vieux Carre" and "I Like Love More." Marsalis contributed both the title track and "Steve Lacy."