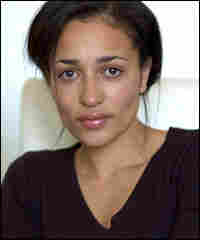 Zadie Smith lives in London, where she was born. Roderick Field hide caption

In 2001, Zadie Smith garnered critical acclaim for her debut novel, White Teeth, written when she was just 24. She followed it up with the novel The Autograph Man.

On Beauty, Smith's third book, is already winning praise from critics. Smith says the story is an homage to E.M. Forster's Howard's End.

The novel is set in Wellington, a fictional New England college town loosely based on Boston, Mass. As for herself, Smith grew up in London, the child of an English father and a Jamaican mother.

Read an Excerpt from 'On Beauty':

One may as well begin with Jerome's e--mails to his father:

Hey Dad -- basically I'm just going to keep on keeping on with these mails -- I'm no longer expecting you to reply but I am still hoping you will, if that makes sense.

Well, I'm really enjoying everything. I work in Monty Kipps' own office (did you know that he's actually Lord Monty??), which is in the Green Park area. It's me and a Cornish girl called Emily. She's cool. There's also three more yank interns downstairs (one from Boston!), so I feel pretty much at home. I'm a kind of an intern with the duties of a PA -- organizing lunches, filing, talking to people on the phone, that kind of thing. Monty's work is much more than just the academic stuff -- he's involved with the Race Commission and he has church charities in Barbados, Jamaica, Haiti etc -- he keeps me pretty busy. Because it's such a small set-up, I get to work closely with him -- and of course I'm living with the family now, so it's like being completely integrated into something new. Ah, the family. You didn't respond so I'm imagining your reaction (not too hard to imagine...) the truth is it was really just the most convenient option at the time. And they were totally kind to offer -- I was being evicted from the 'bedsit' place in Marylebone -- and the Kipps aren't under any obligation to me, but they asked and I accepted -- gratefully. I've been in their place a week now, and still no mention of any rent, which should tell you something. I know you want me to tell you it's a nightmare but I can't -- I love living here. It's a different universe. The house is just wow -- early Victorian, a 'terrace' -- unassuming looking outside but massive inside -- but there's still a kind of humility that really appeals to me -- almost everything white, and a lot of hand--made things, and quilts and dark wood shelves and cornices -- and in the whole place there's only one television, which is in the basement anyway just so Monty can keep abreast of news stuff, and some of the stuff he does on the television -- but that's it. I think of it as the negativized image of our house sometimes... It's in this bit of North London 'Kilburn' which sounds bucolic but boy oh boy is not bucolic in the least, except for this street we live on off the 'high road' and it's suddenly like you can't hear a thing and you can just sit in the yard in the shadow of this huge tree -- 80 feet tall and ivy-ed all up the trunk... reading and feeling like you're in a novel... Autumn's different here -- Fall much less intense and trees balder earlier -- everything more melancholy somehow.

The family are another thing again -- they deserve more space and time than I have right now (I'm writing this on my lunch hour). But in brief: one boy: Michael, nice, sporty. A little dull, I guess. You'd think he was anyway. He's a business guy -- exactly what business I haven't been able to figure out. And he's huge! He's got two inches on you, at least. They're all big in that athletic, Caribbean way. He must be 6' 5". There's also a very tall and beautiful daughter, Victoria-- who I've seen only in photos (she's inter-railing in Europe), but she's coming back for a while on Friday, I think. Monty's wife, Carlene Kipps -- perfect. She's not from Trinidad, though -- It's a small island, St something -- but I'm not sure. I didn't properly hear it the first time she mentioned it and now it's like it's too late to ask. She's always trying to fatten me up -- she feeds me constantly. The rest of the family talk about sports and God and politics and Carlene floats above it all like a kind of angel -- and she's helping me with prayer. She really knows how to pray -- and it's very cool to be able to pray without someone in your family coming into the room and a) passing wind b) shouting c) analyzing the 'phoney metaphysics' of prayer d) singing loudly e) laughing.

So that's Carlene Kipps. Tell Mom that she bakes. Just tell her that and then walk away chuckling...

Now, listen to this next bit carefully: in the morning THE WHOLE KIPPS FAMILY have breakfast together and a conversation TOGETHER and then get into a car TOGETHER (are you taking notes?) -- I know, I know -- not easy to get your head around. I never met a family who wanted to spend so much time with each other.

I hope you can see from everything I've written that your feud or whatever it is is really a waste of time. It's all on your side anyway -- Monty doesn't do feuds. You've never even really met properly -- just a lot of public debates and stupid letters. It's such a waste of energy. Most of the cruelty in the world is just misplaced energy. I've got to go -- work calls!

Love to Mom and Levi, partial love to Zora,

And remember: I love you dad (and I pray for you, too) 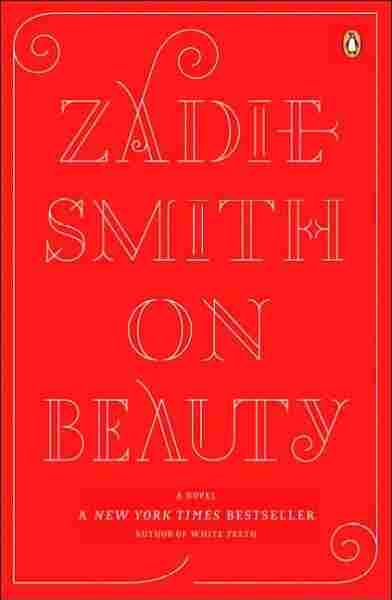