Accessibility links
Community in Action Studs Terkel has lived through and chronicled much of modern American history. He believes the positive changes brought by activist movements of the 20th century came from people working together.

My own beliefs, my personal beliefs, came into being during the most traumatic moment in American history: the Great American Depression of the 1930s. I was 17 at the time, and I saw on the sidewalks pots and pans and bedsteads and mattresses. A family had just been evicted and there was an individual cry of despair, multiplied by millions. But that community had a number of people on that very block who were electricians and plumbers and carpenters and they appeared that same evening, the evening of the eviction, and moved these household goods back into the flat where they had been. They turned on the gas; they fixed the plumbing. It was a community in action accomplishing something. 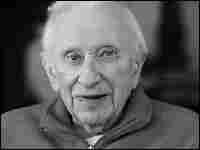 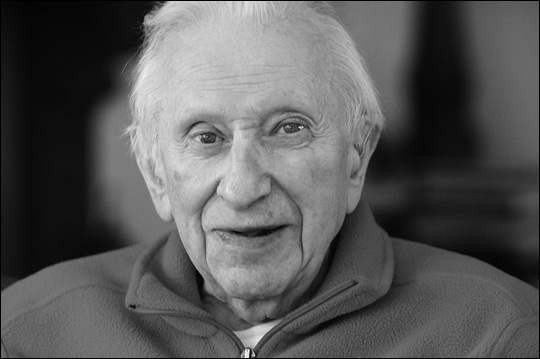 Born in 1912, Pulitzer Prize-winning oral historian Studs Terkel moved to Chicago shortly before the Great Depression. Although trained as a lawyer, he worked as an actor, sportscaster, disc jockey, writer and interviewer. Terkel hosted a Chicago radio program for 45 years and has authored 12 oral histories about 20th-century America.

And this is my belief, too: that it's the community in action that accomplishes more than any individual does, no matter how strong he may be.

Einstein once observed that Westerners have a feeling the individual loses his freedom if he joins, say, a union or any group. Precisely the opposite's the case. The individual discovers his strength as an individual because he has, along the way, discovered others share his feelings -- he is not alone, and thus a community is formed. You might call it the prescient community or the prophetic community. It's always been there.

And that's what Tom Paine meant when he said: "Freedom has been hunted around the globe; reason was considered as rebellion; and the slavery of fear made men afraid to think. But such is the irresistible nature of truth that all it asks, all it wants, is the liberty of appearing. In such a situation, man becomes what he ought to be."

And that happens to be my belief, and I'll put it into three words: community in action.

Norman Corwin: Good Can Be as Communicable as Evil April 25, 2005
Cecilia Munoz: Getting Angry Can Be a Good Thing Sept. 26, 2005
Azar Nafisi: Mysterious Connections that Link Us Together July 18, 2005