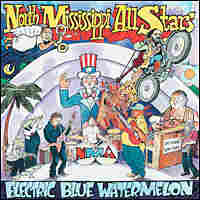 There's something sweetly familiar about the sound of the North Mississippi Allstars. The guitar-bass-and-drum trio's music recalls the feel-good Southern rock of the Allman Brothers from the 1970s, or the anthems of Lynyrd Skynyrd. 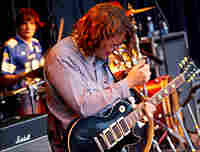 Guitarist Luther Dickinson says he formed the band to play hill country blues. "It wasn't the whining and moaning and crying the blues. It was about having a good time," he says of the Allstars' beginnings in the mid-1990s.

Such collaboration isn't new for the Allstars. When they aren't busy making music of their own, they can often be heard on other artists' records. They've performed on Randolph's CD with Medeski Martin & Wood called The Word a few years back. More recently, they backed up John Hiatt on his Master of Disaster CD.

More recently, they backed up John Hiatt on his Master of Disaster CD.

They're currently touring with Hiatt in Europe, where they spoke to host John Ydstie from a studio in Antwerp, Belgium.