Accessibility links
My Changing Memories of Mafe Writer Afi-Odelia Scruggs once identified mafe, the hearty West African peanut butter stew, with a personal narrative of her life with Africans. Instead, she discovered the real story is one of her own changing identity as a black American. 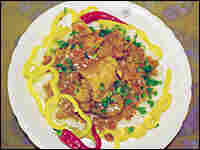 Mafe is the Senegalese version of the rich peanut butter stew made all over West Africa. Recipe below hide caption

Everything we cook has a story behind it: who made it for us, how we learned to cook it. When it comes to comfort food, the story is just as important as the taste of the dish itself. The memories and associations soothe us, as much as the ingredients and the finished meal.

Sometimes, though, the story shifts, as we interpret the details in a different, deeper way.

Afi-Odelia E. Scruggs is a writer, author and journalist who lives near Cleveland, Ohio. Her books include Beyond Stitch and Bitch and a memoir, Claiming Kin. When she's not writing or knitting, Scruggs plays piano, mandolin, guitar or hammered dulcimer. When she's not playing music, she's cooking or thinking about cooking something.

So it is with mafe in my house. I'd thought the story behind the dish was my life with Africans; instead I found it was the changing definition of my identity as a black American.

Mafe is the Senegalese version of the peanut butter stew made all over West Africa. Some folks make it with lamb; others make it with chicken. Ghanaians peel boiled eggs, pierce the whites and drop them into the stew. The rich broth seeps underneath the white and flavors the yolk. In Senegal, women cook the dish with cabbage, okra and eggplant, and arrange the stew on a steaming bed of rice.

Despite its origins on the African continent, the hearty blend of meat, tomato and peanut butter is a satisfying antidote for the long, gloomy winters of my home in Northeast Ohio. It's my antidote for the snow and cold that are so much a part of life near Cleveland this time of year.

I learned to cook the stew from a Senegalese man who courted me for three years. Mafe is a staple of Senegalese cuisine, and it's one of the first dishes he taught me to cook. When my circle of friends widened to include Senegalese women, mafe became my passport into their community. Now, we spoke the universal language of food and family. Cooking was the way we cared for people we loved, the way we flaunted our skills and expertise.

I was the novice, for sure, so I kept my mouth shut and my eyes open. I watched the women cut cabbage into quarters, then eighths before throwing it into the pot. In my native Tennessee, that cabbage would have been finely chopped and boiled with onions and a slab of bacon. I knew pork was out of the question; Senegalese are Muslim. I saw, though, the authenticity of the dish depended on details I would have overlooked, like the way the cabbage was cut.

My friends and I went our separate ways and married others, but mafe remained part of my repertoire. Each time I cooked it, I shared anecdotes about my Senegalese friends. Even though we'd long lost touch, mafe kept them all firmly in my life.

About a year ago, though, things changed. My mafe meals don't start with tales from my life with Africans anymore. They start with a statistic from a newspaper story: In the last 30 years, one million Africans have immigrated to the United States. That's twice the number brought directly from Africa to this country during the legal slave trade.

Learning this made me realize my mafe represents more than memories. It's a symbol of my changing identity as an African American.

When we talk about diversity we usually talk about interracial relationships -- those between the races. But the demographics of this nation have an intra-racial impact as well. I'd grown up linking my African-American identity only to slavery and Southern roots. As I reflected on the newspaper story, thinking of myself in relation to Africa -- and my African friends -- seemed newly relevant.

I realized that my friends weren't becoming African Americans; they are African Americans. They were growing into a new identity and so was I. The fact is, I cook mafe more than I cook my native greens and cornbread.

My culinary choices, and the way I'd attained them, show there is already more than one way to be an African American. The definition will expand even more as newcomers and the native-born interact with and influence each other.

Mafe is a great meal. But it's also proof that, when it comes to being African-American, there's room for everyone at the table.

1/2 to 1 teaspoon each, red and black pepper

1 small green cabbage, washed with tough outer leaves removed and chopped into quarters or eighths. Do not core.

2. Place the chopped onions, garlic and green pepper into a blender or food processor and grind coarsely.

3. Pour oil in a large Dutch oven or saucepan over a medium-high flame. Heat oil until it covers the bottom of the pan. Turn down heat slightly. Pour the remainder of the spice mix into the warm oil and brown, stirring so the spices do not burn (no more than 30 seconds).

4. Brown chicken pieces in the oil, turning so the meat is browned evenly. The thighs should be a light golden brown.

5. Remove pan from heat and stir in ground vegetables. Add chicken broth, tomato sauce, bullion cube and enough water so the liquid just covers the top of the chicken.

6. Return pan to heat and bring stew to a slight boil. Turn down heat to a low flame, cover and simmer. Add more water as needed to keep the chicken covered.

7. Cut the cabbage in half, lengthwise. Do not core. Cut each half into quarters. If necessary, cut again so the pieces are palm sized. Do not separate leaves. Place cabbage in the stew.

8. Simmer stew until chicken begins to separate from the bone, about 45 minutes. Remove chicken and debone, if desired.

9. In a small bowl, combine the peanut butter with about 1/4 cup of hot broth from the stew. Using a whisk or mixing spoon, stir the peanut butter until it's smooth and liquid. Pour the mixture back into the pot with the rest of the stew.

10. Add the sweet potato chunks and, if desired and there is enough room in the pot, the chicken. Simmer on low heat until the oil from the peanut butter rises to the top of the stew, about 30 minutes. Note: Keep the heat low and stir often so the peanut butter doesn't stick.

Arrange the cooked rice on a large serving platter. Pour the broth from the stew over the rice. Place the chicken pieces on top of the rice. Garnish with vegetable slices and chopped scallions.

Senegalese eat communally, using the right hand. If you wish to enjoy the meal in this fashion, give each diner a spoon. Each person chooses a place around the platter. He or she will only eat the food from his or her section of the platter; it's very rude to eat from another person's section of the platter. The host will distribute meat and vegetables to ensure that everyone gets plenty. If you really wish to eat in the traditional way, use your hand. Pinch the food, shape it into a ball and place it into your mouth. 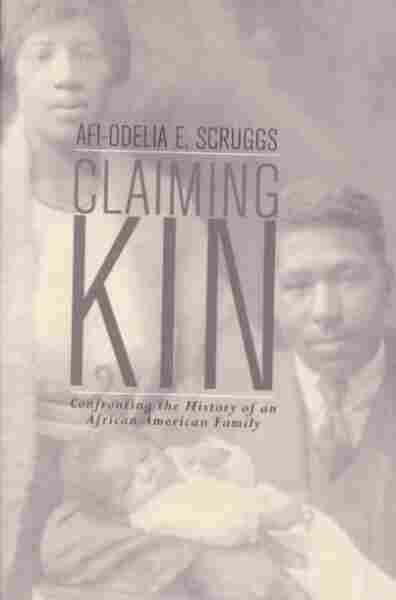 Confronting the History of an African-American Family 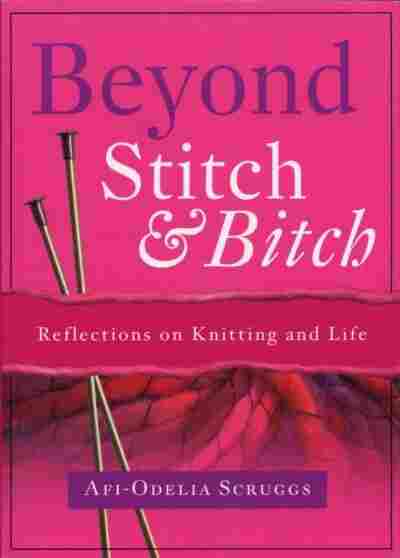 Beyond Stitch and Bitch

Reflections on Knitting and Life