Accessibility links
'The Welcome Table': Recipes from Maya Angelou Author and poet Maya Angelou talks about her latest work, a book of recipes and recollections she's put together that combine her love of cooking and good food with her deeper love of the people she shares her table with.

Author and poet Maya Angelou talks about her latest work, a book of recipes and recollections she's put together that combine her love of cooking and good food with her deeper love of the people she shares her table with. 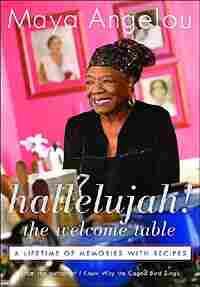 From 'The Welcome Table'

Read an Excerpt and Get a Recipe for Lemon Meringue Pie

Poet, writer, performer, teacher and director, Maya Angelou, is in her 70s. But she by no means is slowing down. No matter what medium she's working in, her mastery is in capturing the good and the bad in all she creates. Her most recent work, "Hallelujah! The Welcome Table: A Lifetime of Memories with Recipes," has recently been released in paperback. She says the book of collected recipes is important because cooking can be yet another way to talk to people.

Dr. MAYA ANGELOU (Poet, Writer, Performer, Teacher, Director; "Hallelujah! The Welcome Table"): Food served is always more than just food served. That is to say, it is more than just fuel for the body. Depending upon who has prepared the food and who has served it and with what spirit, it can uplift the--and around the world, in every culture, food is used to flirt, to be coy, a raise in the employment or to search for employment. It can bring warring factions together. Food can be used to apologize. So I use it with my respect for the ingredients and I love that it is--there's a science in cooking. I love knowing what heat under certain circumstances will do to certain foods. And then I love preparing it carefully and presenting it beautifully and sharing it generously with my table mates.

You know, people are talking, aba dabba, dabba, dabba, and then they swallow something and there's--then someone says, `Mm, mm, mmm,' and I know I've put--I mixed the groceries the right way.

GORDON: Yeah. That's when you know you done good, right?

GORDON: Let me ask you this, Doctor. One of the things that we wanted to talk to you about is you have been such a great guide to all of us about understanding the humanity in this world. When you look around today, what are we missing? It seems as though, whether it be our leadership or sometimes just on the day to day that--we are missing just the commonsense humanity. Man's inhumanity to man seems to be stepping up a bit more than I think any of us would like to see.

Dr. ANGELOU: Well, I think something really rather dangerous has happened. I think that there's been an attempt to terrify Americans. And I don't mean just by the terror--the acts of terrorists. But I mean--which is in itself is ridiculous and horrid. But there's been an attempt to make Americans scary. Now one thing about Americans, whether you like us or not, whether you agree or not, black, white, Asian, Spanish speaking, Native American, there is this--three words say that this is an American, and it is: Yes, I can. They--yes, I can. I can be the biggest jerk in the world. Yes, I can. And yes, I can, I can be the kindest person you ever dreamed of. Yes, I can. I can do many things. Yes, I can.

Well, this introduction of fear takes that away from the America. I mean, it reduces her and his confidence and something is replaced by that which is pessimism. And to see--young people are pessimistic, are cynical, is really tragic because it means they have gone from believing nothing to knowing nothing. And vice versa. We do have a chance to lay down the burden of ignorance and ig--burden of racism and sexism. We have a chance right now to say I will not pay passage to these ideas. I will not carry these anymore. They don't make sense and they devastate my country.

GORDON: And to some degree we will have to, as we historically look back--if we don't utilize this moment--say shame on us, wouldn't we?

Dr. ANGELOU: Yes. Yes, it'll be shame on us. That somehow some of our leaders seem to themselves have given up, and not asked for the best thing, the top thing. Ask us to sacrifice. Ask us to dare to try to develop courage. Ask us to protect each other.

I know that there's something amiss, but that's why those who really think the good thought and think the thought not just for themselves and their families and their friends, but for their neighborhoods, their community, the city, entire country. It is time for these people to stand up and be counted and just say, `I'm on the side of the guys who want our country to be better. I'm on that side.'

GORDON: Let me just ask you this. I was reflecting over the last week, and in particular when we unfortunately lost one of the greats in our community, C. Delores Tucker, And I think about, you know, the loss of Ossie Davis this year and so many others. When we look back at these giants for us, people who really went beyond the idea of besting themselves for a career and really brought so many other elements. You personify that, too, Doctor. I'm curious what lessons you would tell us in terms of going beyond just your career and the betterment of yourself and making sure that we see the bigger picture?

Dr. ANGELOU: Mr. Gordon, I'm now 77 and one of the things I think is I'm embarrassed that I didn't do better. When I look at young men and women, black ones and white ones and Asian women, Spanish speaking--I listen to gay ones and the straight ones, and I think, my God, I'm leaving these children. This world full of blood thirst, blood lust, hate, bitterness, cruelty and greed. Couldn't I have done better somewhere? I wish I'd known better so I could have done better. There are young men and women who may be listening to you now, Mr. Gordon, to us, who will be the leaders in the next 15, 20, 30 years. And they need to know that it's all for them and that this is their world. It's not their brother's or their sister's. It's not their mama's or their papa's or their boyfriend's or their girlfriend's. This is their world and they have the responsibility and the privilege of doing something wonderful, and that is developing themselves. Because they have already been paid for. They have to develop themselves so that they can pay for someone who has yet to come. They have to do it. I wish it wasn't going to be so hard, but it will be. But you have those lives that went before you to study from.

GORDON: Dr. Maya Angelou, thank you so much for the pearls of wisdom. And as I said early on, it is always a pleasure to talk to you.

Dr. ANGELOU: Thank you very much, Ed Gordon. I just wish I was there to see you, and I'd get a hug and I know it.

GORDON: Indeed. One--I'll send one through the microphone. Thanks again.

GORDON: Thanks for joining us. That's our program today. To listen to the show, visit npr.org. NEWS & NOTES was created by NPR News and the African-American Public Radio Consortium. 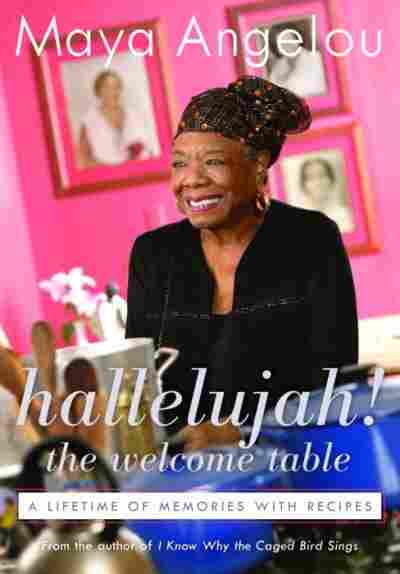 A Lifetime of Memories with Recipes