Accessibility links
Deception, Risks Beset Foreign Workers in Iraq A need for foreign workers in Iraq -- and the flood of American dollars into the country -- have created a labor network that critics call misleading, illegal and even dangerous. Chicago Tribune correspondent Cam Simpson retraced the fatal journey of 12 men from Nepal. 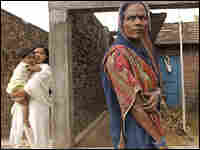 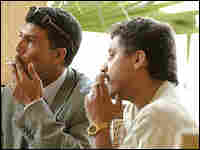 A desperate need for foreign workers in Iraq -- and the flood of American dollars into the country -- have helped create a network of labor suppliers who critics say use tactics that are misleading, illegal and even dangerous.

In a recent series of articles, Chicago Tribune correspondent Cam Simpson retraced the journey of 12 men from Nepal who were lured to the Middle East by promises of lucrative jobs in Jordan. Once in Iraq, the group was kidnapped by terrorists and executed.

Their story is one example of a broader trend, as Asians living in poverty are drawn to leave their homelands by promises of safe work and high pay. But the labor pipeline often deposits them in Iraq with little preparation -- and almost no protection from insurgent violence.