Accessibility links
Halloween Sweet Talk with 'Candyfreak' Almond Steve Almond, the author of Candyfreak: A Journey Through the Chocolate Underbelly of America, talks with Renee Montagne and Steve Inskeep about the American obsession with candy.

Steve Almond, the author of Candyfreak: A Journey Through the Chocolate Underbelly of America, talks with Renee Montagne and Steve Inskeep about the American obsession with candy. 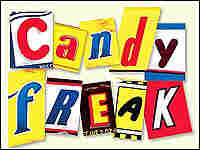 Among Steve Almond's observations: dark chocolate is on the rise. hide caption

This year Americans are expected to spend more than $1 billion on Halloween candy. They're feeding an addiction that starts at a young age.

Mr. STEVE ALMOND (Author, "Candy Freak"): What drives the candy business is our irrational desire for sweet things in our mouth. It's an unhealthy but totally human desire for the good stuff.

We got the details on candy obsessions from Steve Almond, and that's his real name. He's the author of "Candy Freak: A Journey Through the Chocolate Underbelly of America." And he says this year's Halloween candy is not all for kids.

Mr. ALMOND: I think Halloween is this fabulous ritual in which you kind of get what I call freak amnesty. You are allowed to have candy. And since in their secret hearts everybody wants candy all the time, all my friends, for instance, buy about six times as much candy as they need, because, you know, supposedly they don't want it to run out for all the kids, but, of course, the secret motive is, and the candy companies know this, there'll be some left over.

INSKEEP: Now Americans did not always eat so many sweets, though our consumption has been building for almost a century.

Mr. ALMOND: The big event in the history of candy bars is World War I because candy bars are produced en masse and sent to the soldiers for their ration kits and when they come back from Europe, of course, they say, `Hey, where are these delicious amazing candy bars we used to have?' And so that sort of spurs the candy bar boom. Candy bars are really the first American fast food. During the Depression they cost a nickel and they would have names like Club Sandwich or Chicken Dinner and those names were quite intentional. They were meant to suggest the basic lie, which is this is nutritional.

INSKEEP: Now these days the kind of candy that we eat has been evolving. For example, Steve Almond says that almonds are overtaking peanuts as the choice nut in candy bars.

MONTAGNE: Is there some wishful thinking here?

INSKEEP: Be that as it may, Almond says the kind of chocolate is changing, too.

Mr. ALMOND: I'm very happy to report that dark chocolate is finally making inroads into the American market in a big way. You know, we've always been a milk chocolate culture. Because of recent health reports suggesting that cocoa was--you know, has some attributes that are good for the heart and circulatory system, there's been a great trend toward dark chocolate in the industry.

MONTAGNE: And it is an industry that continues to thrive by keeping up with Americans' changing tastes.

INSKEEP: From NPR News, this is MORNING EDITION.

MONTAGNE: And today we bid a fond farewell to our own Shelley Franklin-Tillman, who's been with our show for 13 years. 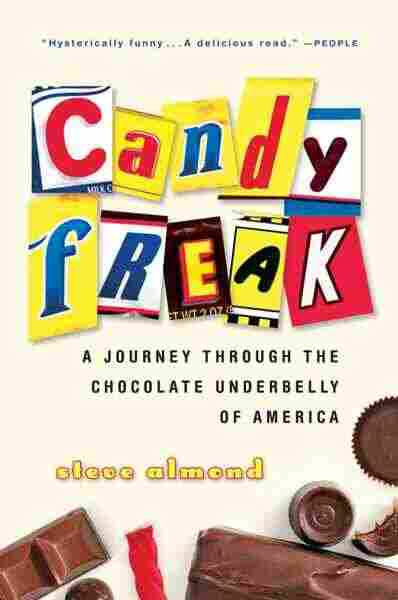 A Journey Through The Chocolate Underbelly Of America