John Hope Franklin has spent his entire life telling other people's stories. The 90-year-old historian has written and edited 17 books tracing the lives of black Americans from slavery to the civil rights movement. Now Franklin has penned his own story. The autobiography is called "Mirror to America." Writing the book put the award-winning scholar in an ironic position.

Dr. JOHN HOPE FRANKLIN (Author, "Mirror to America"): The most difficult matter was the fact that I hadn't saved anything myself. Long before I realized that I was going to become a historian, I had trashed everything as it came to me--the letters from my mother and my father when I was in college. I simply read them and threw them in the wastebasket. So that one of the great challenges when I began to consider writing my autobiography was the collecting of materials that would give me the information that I needed to work on the autobiography. And so I began to do research on me as I had begun to do research on others.

GORDON: Doctor, in your 90 years--we often reflect, particularly in our autumn years, on life and how we have seen our life change and the world change. Is there any one thing that you'd point to in your nine decades that you have found most amazing? Is there one thing that you can say, `In my lifetime, this is it'?

GORDON: How do you tell someone, particularly a young person, to remain optimistic with the hope that perhaps in their lifetime they won't have to suffer the scourge of racism, when you yourself say that you experienced it at six and at 80?

Dr. FRANKLIN: I don't try to disabuse them of the fact that it exists. What I do, what I have tried to do in my teaching and my writing is to encourage people to continue to stand up against it, to use their intelligence and all the resources at their command to destroy it. I have insisted, as I do still, that it's not enough to know about it; one has to become an activist. One has to fight it at every stand, at every stage. And when you're fighting it, you believe you can win or at least you can make a dent, and that's very important to keep one going. I think that if I couldn't fight what stands between me and respectability and what stands between me and equality--if I couldn't fight it, I would throw up my hands. But I can fight it. It is to be fought. It can be defeated even if it doesn't come down to our being victorious in our own lifetime. We can see an inch there and an inch here, so that in the end, life is a little different from what it was at the beginning.

Dr. FRANKLIN: That's right. That's right. We can't hide behind anything. We can't fail to be realists. We can't fail to be alert to what has gone on in order to make some changes. Now if we hide from history, if we find it too hurtful or too injurious, then we are too weak to make the kinds of changes that need to be made. We have to be courageous. We have to stand up, we have to fight racism, we have to rectify our society in a thousand different ways. And in that--in so doing, I think we can have some opportunity to bring about change. Without that, we throw up our hands; there's no chance for change.

Dr. FRANKLIN: Well, the moment I began to feel that the past has something to teach us is the moment I recognized the fact that the way you learn is to look at the past. And what we need to do is to hold it up and look at it ourselves, the mirror, to see ourselves in the mirror, to see what we have been doing all these years. That's the mirror that will teach us where we are, where we've been, and it might suggest where we ought to go.

GORDON: Well, John Hope Franklin, the book is "Mirror to America." And, as always, it is wonderful talking to you today. We appreciate your time. And for those who want a wonderful read, they should pick this book up. Thank you so much. 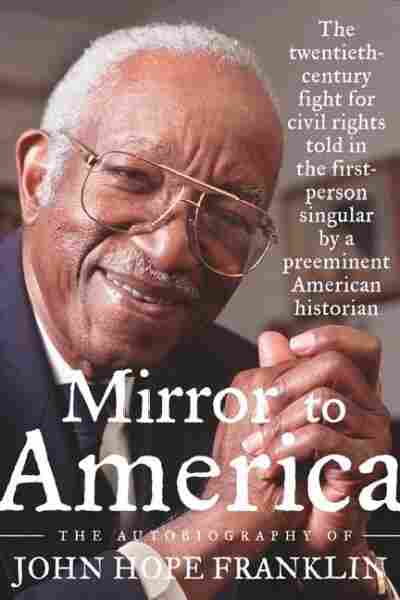