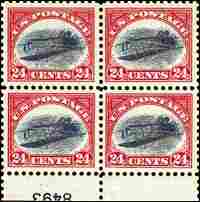 The only 1918 24-cent "Inverted Jenny Error Plate Block" in existence was part of the trade. Shreves Philatelic Galleries hide caption 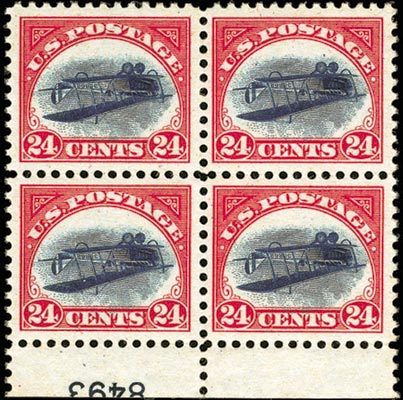 The only 1918 24-cent "Inverted Jenny Error Plate Block" in existence was part of the trade. 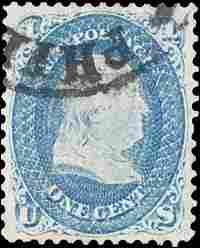 The 1868 1-cent "Z-grill," featuring a portrait of Benjamin Franklin, was the other half of the stamp swap. Mystic Stamp Company hide caption 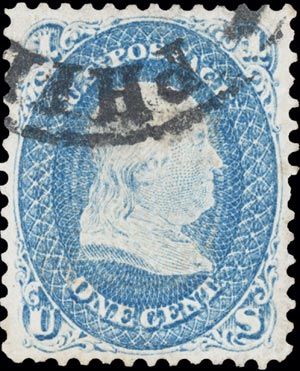 The 1868 1-cent "Z-grill," featuring a portrait of Benjamin Franklin, was the other half of the stamp swap.

Donald Sundman, president of the Mystic Stamp Co., has traded a rare and valuable stamp -- an obscure "Z-grill" -- for a block of airmail error stamps from 1918 worth nearly $3 million. The stamp's new owner, private collector Bill Gross, now has a complete collection of 19th-century U.S. stamps.

Sundman bought the 1-cent Z-grill at an auction in 1998 for $935,000. It's one of two known copies of the 1868 stamp featuring Benjamin Franklin (the other is held by the New York Public Library).

"I looked at it at the time as the Hope Diamond of stamps," he says. "I just expected to own it forever. I had no desire to sell it."

But when the chance to own a block of four of the rare "inverted Jenny" 1918 stamps featuring an airmail plane printed upside down came up, he couldn't resist making the trade. "To stamp collectors that's the most exciting error, and most desirable error," Sundman says.

Making the swamp was "a difficult decision," he says. "But I ended up realizing that I had the fun and pride of owning the 1-cent Z-grill, and now I can have the same fun with the Jenny Block."

History of the 'Z-grill'
Mystic Stamp Company
The 'Inverted Jenny'