Two cuts from the solo CD from Harada Ikuko:

'Tori No Hane Tori No Kage' 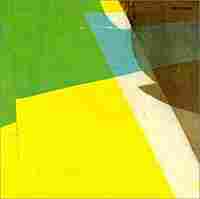 Most travelers want to bring back that perfect memento to remind them of the trip -- and often, nothing better captures those memories than music. But how do you find great music in foreign countries, and where do you begin look?

Chris Douridas, a music supervisor for feature films and host of the music show New Ground at member station KCRW, recently went to Japan and brought back some real gems -- he shares his musical finds.

His first recommendation: Various Artists, Reaching Series # 1. "As far as I can tell, these records are compilations of various progressive Japanese bands doing their versions of original children's songs," Douridas says. "The results remind me of the Penguin Cafe Orchestra records."

Another great find was a solo release by Harada Ikuko, longtime lead singer of the Japanese band Clammbon. "She reminds me of Rickie Lee Jones, but Japanese," Douridas says. "The entire album is stunning."