Listen
Billy Collins on 'The Trouble with Poetry' 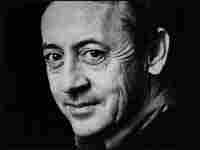 Poet Billy Collins admits he's a thief. Instead of nabbing jewelry and picking locks, he pilfers from other poets. At least that's what he claims in his new collection, The Trouble with Poetry: And Other Poems.

Collins says the central theme of poetry is death. He manages to ruminate on this in a manner both whimsical and poignant. That approach helps explain how, along with critical acclaim, Collins also has gained a broad popular fan base -- a rare feat for an American poet.

The former poet laureate of the United States, Collins now holds that post for the state of New York.

The other day as I was ricocheting slowly

off the pale blue walls of this room,

bouncing from typewriter to piano,

from bookshelf to an envelope lying on the floor,

I found myself in the L section of the dictionary

where my eyes fell upon the word lanyard.

could send one more suddenly into the past —

a past where I sat at a workbench at a camp

by a deep Adirondack lake

into a lanyard, a gift for my mother.

I had never seen anyone use a lanyard

or wear one, if that’s what you did with them,

but that did not keep me from crossing

strand over strand again and again

until I had made a boxy

red and white lanyard for my mother.

She gave me life and milk from her breasts,

and I gave her a lanyard.

She nursed me in many a sickroom,

lifted teaspoons of medicine to my lips,

set cold face-cloths on my forehead,

and then led me out into the airy light

and taught me to walk and swim,

and I, in turn, presented her with a lanyard.

Here are thousands of meals, she said,

and here is clothing and a good education.

And here is your lanyard, I replied,

which I made with a little help from a counselor.

Here is a breathing body and a beating heart,

and two clear eyes to read the world, she whispered,

and here, I said, is the lanyard I made at camp.

And here, I wish to say to her now,

is a smaller gift—not the archaic truth

that you can never repay your mother,

but the rueful admission that when she took

the two-tone lanyard from my hands,

I was as sure as a boy could be

that this useless, worthless thing I wove

out of boredom would be enough to make us even.

I had to send away for them

because they are not available in any store.

They look the same as any sunglasses

with a light tint and silvery frames,

but instead of filtering out the harmful

rays of the sun,

they filter out the harmful sight of you —

you on the approach,

you waiting at my bus stop,

you, face in the evening window.

Every morning I put them on

and step out the side door

whistling a melody of thanks to my nose

and my ears for holding them in place, just so,

singing a song of gratitude

to the lens grinder at his heavy bench

and to the very lenses themselves

because they allow it all to come in, all but you.

How they know the difference

between the green hedges, the stone walls,

and you is beyond me,

yet the schoolbuses flashing in the rain

do come in, as well as the postman waving

and the mother and daughter dogs next door,

and then there is the tea kettle

about to play its chord—

everything sailing right in but you, girl.

Yes, just as the night air passes through the screen,

but not the mosquito,

and as water swirls down the drain,

but not the eggshell,

so the flowering trellis and the moon

pass through my special glasses, but not you.

Let us keep it this way, I say to myself,

as I lay my special glasses on the night table,

pull the chain on the lamp,

and say a prayer—unlike the song—

that I will not see you in my dreams.

Excerpted from "The Trouble with Poetry: And Other Poems” by Billy Collins. Used by permission of Random House. 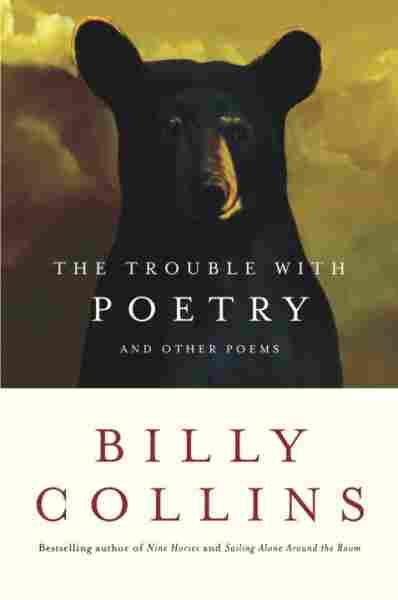 The Trouble With Poetry