Accessibility links
Karen Armstrong: Myths and the Modern World Human beings have always used myths as a framework on which to shape religion, literature and, early on, science. Karen Armstrong discusses her new book, A Short History of Myth, which explores how myths morph and change, and why they remain compelling. 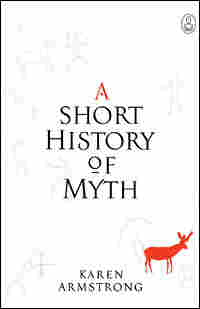 As soon as people became aware of their own mortality, writes Karen Armstrong, they created stories that gave their lives meaning, explained their relationship to the spiritual world, and instructed them on how to live their lives.

Armstrong talks about her new book, A Short History of Myth, which explores how these stories morph and change, and why they remain compelling.

Human beings have always been mythmakers. Archaeologists have unearthed Neanderthal graves containing weapons, tools and the bones of a sacrificed animal, all of which suggest some kind of belief in a future world that was similar to their own. The Neanderthals may have told each other stories about the life that their dead companion now enjoyed. They were certainly reflecting about death in a way that their fellow-creatures did not. Animals watch each other die but, as far as we know, they give the matter no further consideration. But the Neanderthal graves show that when these early people became conscious of their mortality, they created some sort of counter-narrative that enabled them to come to terms with it. The Neanderthals who buried their companions with such care seem to have imagined that the visible, material world was not the only reality. From a very early date, therefore, it appears that human beings were distinguished by their ability to have ideas that went beyond their everyday experience.

We are meaning-seeking creatures. Dogs, as far as we know, do not agonise about the canine condition, worry about the plight of dogs in other parts of the world, or try to see their lives from a different perspective. But human beings fall easily into despair, and from the very beginning we invented stories that enabled us to place our lives in a larger setting, that revealed an underlying pattern, and gave us a sense that, against all the depressing and chaotic evidence to the contrary, life had meaning and value.

Another peculiar characteristic of the human mind is its ability to have ideas and experiences that we cannot explain rationally. We have imagination, a faculty that enables us to think of something that is not immediately present, and that, when we first conceive it, has no objective existence. The imagin­ation is the faculty that produces religion and mythology. Today mythical thinking has fallen into disrepute; we often dismiss it as irrational and self-indulgent. But the imagination is also the faculty that has enabled scientists to bring new knowledge to light and to invent technology that has made us immeasurably more effective. The imagination of scientists has enabled us to travel through outer space and walk on the moon, feats that were once only possible in the realm of myth. Mythology and science both extend the scope of human beings. Like science and technology, mythology, as we shall see, is not about opting out of this world, but about enabling us to live more intensely within it.

The Neanderthal graves tell us five important things about myth. First, it is nearly always rooted in the experience of death and the fear of extinction. Second, the animal bones indicate that the burial was accompanied by a sacrifice. Mythology is usually inseparable from ritual. Many myths make no sense outside a liturgical drama that brings them to life, and are incomprehensible in a profane setting. Third, the Neanderthal myth was in some way recalled beside a grave, at the limit of human life. The most powerful myths are about extremity; they force us to go beyond our experience. There are moments when we all, in one way or another, have to go to a place that we have never seen, and do what we have never done before. Myth is about the unknown; it is about that for which initially we have no words. Myth therefore looks into the heart of a great silence. Fourth, myth is not a story told for its own sake. It shows us how we should behave. In the Neanderthal graves, the corpse has sometimes been placed in a foetal position, as though for rebirth: the deceased had to take the next step himself. Correctly understood, mythology puts us in the correct spiritual or psychological posture for right action, in this world or the next.

Finally, all mythology speaks of another plane that exists alongside our own world, and that in some sense supports it. Belief in this invisible but more powerful reality, sometimes called the world of the gods, is a basic theme of mythology. It has been called the 'perennial philosophy' because it informed the mythology, ritual and social organisation of all societies before the advent of our scientific modernity, and continues to influence more traditional societies today. According to the perennial philosophy, everything that happens in this world, everything that we can hear and see here below has its counterpart in the divine realm, which is richer, stronger and more enduring than our own. And every earthly reality is only a pale shadow of its archetype, the original pattern, of which it is simply an imperfect copy. It is only by participating in this divine life that mortal, fragile human beings fulfil their potential. The myths gave explicit shape and form to a reality that people sensed intuitively. They told them how the gods behaved, not out of idle curiosity or because these tales were entertaining, but to enable men and women to imitate these powerful beings and experience divinity themselves.

In our scientific culture, we often have rather simplistic notions of the divine. In the ancient world, the 'gods' were rarely regarded as supernatural beings with discrete personalities, living a totally separate metaphysical existence. Mythology was not about theology, in the modern sense, but about human experience. People thought that gods, humans, animals and nature were inextricably bound up together, subject to the same laws, and composed of the same divine substance. There was initially no ontological gulf between the world of the gods and the world of men and women. When people spoke of the divine, they were usually talking about an aspect of the mundane. The very existence of the gods was inseparable from that of a storm, a sea, a river, or from those powerful human emotions — love, rage or sexual passion — that seemed momentarily to lift men and women onto a different plane of existence so that they saw the world with new eyes.

Mythology was therefore designed to help us to cope with the problematic human predicament. It helped people to find their place in the world and their true orientation. We all want to know where we came from, but because our earliest beginnings are lost in the mists of prehistory, we have created myths about our forefathers that are not historical but help to explain current attitudes about our environment, neighbours and customs. We also want to know where we are going, so we have devised stories that speak of a posthumous existence — though, as we shall see, not many myths envisage immortality for human beings. And we want to explain those sublime moments, when we seem to be transported beyond our ordinary concerns. The gods helped to explain the experience of transcendence. The perennial philosophy expresses our innate sense that there is more to human beings and to the material world than meets the eye. 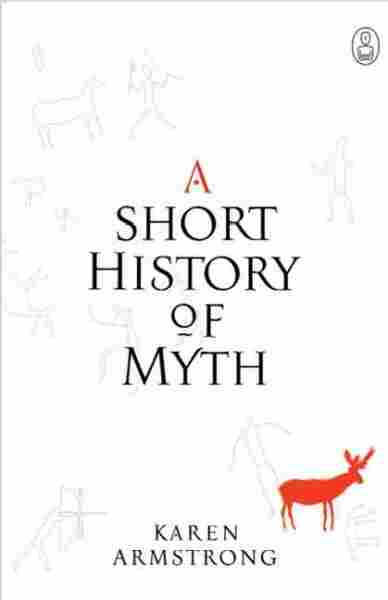 A Short History of Myth