Accessibility links
Intelligent Design and Academic Freedom After publishing an article by a proponent of intelligent design, scientist Richard Sternberg found himself the target of retaliation at the Smithsonian Institution. His case is probably the best-documented battle in the war between the vast majority of scientists and a tiny insurgency promoting an alternative to evolution. 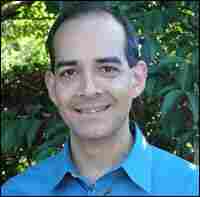 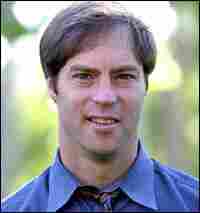 Intelligent design -- the idea that life is too complex to have evolved through Darwinian evolution -- is stirring up controversy not only in high school classrooms but also at universities and scientific research centers.

'Intelligent Design: The Origin of Biological Information and the Higher Taxonomic Categories'

Richard Sternberg, a staff scientist at the National Institutes of Health, is puzzled to find himself in the middle of a broader clash between religion and science -- in popular culture, academia and politics.

Sternberg was the editor of an obscure scientific journal loosely affiliated with the Smithsonian Institution, where he is also a research associate. Last year, he published in the journal a peer-reviewed article by Stephen Meyer, a proponent of intelligent design, an idea which Sternberg himself believes is fatally flawed.

"Why publish it?" Sternberg says. "Because evolutionary biologists are thinking about this. So I thought that by putting this on the table, there could be some reasoned discourse. That's what I thought, and I was dead wrong."

At first he heard rumblings of discontent but thought it would blow over. Sternberg says his colleagues and supervisors at the Smithsonian were furious. He says -- and an independent report backs him up -- that colleagues accused him of fraud, saying they did not believe the Meyer article was really peer reviewed. It was.

Eventually, Sternberg filed a complaint with the U.S. Office of Special Counsel, which protects federal employees from reprisals. The office launched an investigation. Ultimately, it could not take action, because Sternberg is not an employee of the Smithsonian.

But Sternberg says before closing the case, the special counsel, James McVay, called him with an update. "As he related to me, 'the Smithsonian Institution's reaction to your publishing the Meyer article was far worse than you imagined,'" Sternberg says.

McVay declined an interview. But in a letter to Sternberg, he wrote that officials at the Smithsonian worked with the National Center for Science Education -- a group that opposes intelligent design -- and outlined "a strategy to have you investigated and discredited." Retaliation came in many forms, the letter said. They took away his master key and access to research materials. They spread rumors that Sternberg was not really a scientist. He has two Ph.D.'s in biology -- from Binghamton University and Florida International University. In short, McVay found a hostile work environment based on religious and political discrimination.

After repeated calls and e-mails to the Smithsonian, a spokesman told NPR, "We have no public comment, and we won't have one in the future."

Eugenie Scott, the executive director of the National Center for Science Education, says her group did consult with Smithsonian officials and the museum's concerns were valid.

Anyway, she says -- echoing the comments of a Smithsonian official -- Sternberg did not really suffer.

"He didn't lose his job, he didn't get his pay cut, he still has his research privileges, he still has his office," Scott says. "You know, what's his complaint? People weren't nice to him. Well, life is not fair."

The Sternberg case is probably the best-documented battle in the war between the vast majority of scientists and a tiny insurgency promoting intelligent design.

The secular perspective of most scientists, however, is sharply at odds with the religious perspective of most Americans. And that's adding passion to the debate -- in academia and in places like Dover, Pa., where parents are challenging the public school district over the inclusion of an alternate view to evolution. A recent Pew Forum poll found that 60 percent of Americans believe either in the Biblical creation account of life, or in a God who guided the process.

Religious leaders discuss what their faith tells them about the shaping of life and whether it can be reconciled with evolution.

The audio of this story incorrectly identified Guillermo Gonzalez as an untenured professor at the University of Iowa. Gonzalez teaches at Iowa State University, and it was there that his colleagues signed a petition criticizing intelligent design.