Accessibility links
'Sound of Music' Gets Anniversary DVD Edition This year, the film version of Rodgers and Hammerstein's musical turns 40. Audiences can't seem to get enough of it: Each year, 18,000 people pack the Hollywood Bowl to sing along with Julie Andrews. Now a special DVD edition, with over four hours of extra material, is being released.

The film version of Rodgers and Hammerstein's The Sound of Music turns 40 this year. To mark the occasion, Fox is issuing a two-disc anniversary DVD package, full of nostalgic commentary and background information.

Over the years, fans of the movie have proven that they don't need a DVD release to make them revisit the film. For example, 18,000 people pack the Hollywood Bowl for its annual sing-along screening. 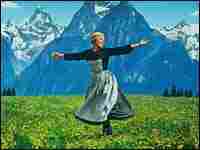 Andrews in 'The Sound of Music.' Fox Entertainment hide caption 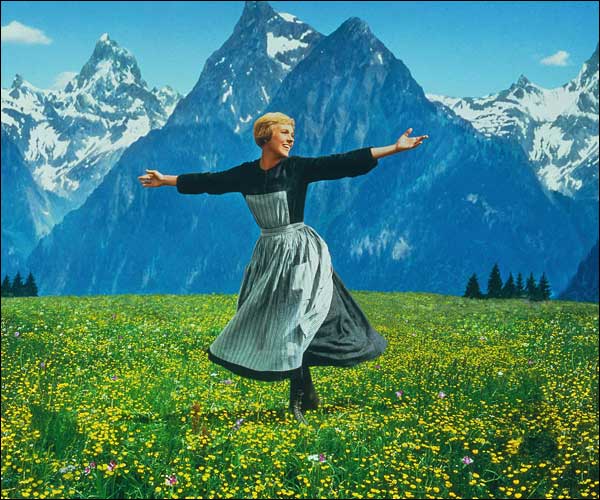 Andrews in 'The Sound of Music.'

Making 'The Sound of Music'

Cast members and others look back on a film classic:

Julie Andrews: Getting the Part

And in Salzburg, visitors regularly take bus tours that ferry them to sites made famous by the story of a young Austrian woman who becomes the governess of a naval captain's rowdy children.

Part of the new DVD version's appeal lies in its extensive background materials. Emmy-winning documentarian Michael Kantor contributed new footage to the reissue, some of it shot on a recent trip he took to retrace the original filmmakers' steps.

Jeff Lunden visits with Andrews and others involved with the creation of a musical classic.