Accessibility links
Dig It: 'The Ultimate Isaac Hayes' The music icon's career has stretched from the heyday of 1960s soul to newfound popularity as the voice of Chef in the irreverent animated series South Park. A newly released three-disc set follows Hayes' storied career. 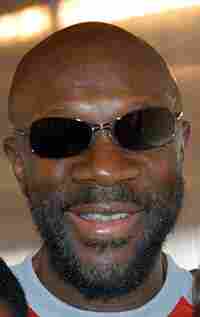 Hear full-length tracks from the three-disc retrospective by the acclaimed soul icon: 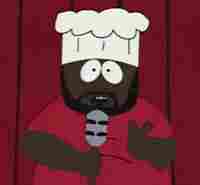 In the 1960s, a young, talented musician named Isaac Hayes hooked up with a fledgling record label in Memphis, Tenn., called Stax Records. There, Hayes formed a songwriting team with David Porter. The duo pumped out a number of hits for other artists before Hayes decided to go his own way.

Hayes launched his solo career in 1968; his first single, "Precious, Precious," became a hit. In 1969, he released Hot Buttered Soul, which featured four extended versions of hit tunes from such unlikely writers as Burt Bacharach and Glenn Campbell. The genre-busting album became a huge influence on popular music.

Hayes' soundtrack for Shaft -- a film that sparked the "blaxploitation" genre -- helped cement his place as a '70s soul icon. The soundtrack earned Hayes two Grammys and stayed on the charts for more than a year.

Decades later, Hayes found a television role that introduced him to a new generation of fans: He provides the voice for the Chef character in the irreverent animated series South Park.

Chef is known for his level-headed and sometimes scatological advice to kids at the school, where he is, naturally, the chef at the cafeteria. Chef also bursts out into soul-flavored songs with lyrics just this side of pornographic.

The show has sparked new interest in all things Isaac Hayes. An army of hip-hop artists is mining his body of work to use as samples for their work. And Hayes' seminal recordings with the legendary Stax label are now available on a newly released, comprehensive disc set called Ultimate Isaac Hayes: Can You Dig It? The collection includes previously unreleased material, as well as a bonus DVD featuring Hayes' South Park character, Chef, performing the raunchy funk tune "Chocolate Salty Balls."