Accessibility links
Israel, Palestinians Negotiate Border-Crossings Deal Secretary of State Condoleezza Rice worked through the night with Palestinian and Israeli officials to help negotiate an agreement that will open border crossings between the Gaza Strip and Egypt. The deal also provides for construction of a Gaza seaport.

Secretary of State Condoleezza Rice worked through the night with Palestinian and Israeli officials to help negotiate an agreement that will open border crossings between the Gaza Strip and Egypt. The deal also provides for construction of a Gaza seaport. 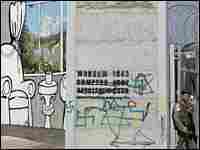 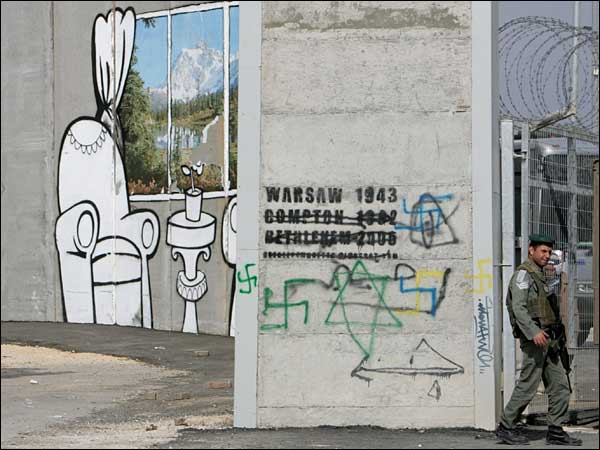 Condoleezza Rice is calling it a big step forward. This morning, the secretary of State announced an agreement between Israel and the Palestinians that opens a border crossing between the Gaza Strip and Egypt later this month. It also provides for construction of a Gaza seaport. Rice and other senior Israeli and Palestinian negotiators announced the deal after working through the night. NPR's Corey Flintoff is traveling with the secretary of State and he's on the line from Jerusalem.

And, Corey, remind us what was at stake in these negotiations.

Well, Renee, quite literally it was freedom of movement for the Palestinians in Gaza and the West Bank. Everyone agrees that Gaza needs access to the outside world and it needs trade to build an economy for what is really a terribly impoverished region. Israel, though, is afraid that the Palestinians wouldn't be able to stop the flow of weapons and cash to militants in the territories. One Israeli official told us that the Israelis aren't afraid that the Palestinians are going to allow rockets to get through, but he said, `Will they stop some bigwig terrorist from coming through with a suitcase full of cash?' In his words, he said $50,000. That's five suicide bombers. Israel wanted to have electronic monitoring of the border with cameras and scanners, and the Palestinians said that would be an infringe on their sovereignty. They say the Israelis want to appear to be withdrawing but to main control by proxy. The international envoy, James Wolfensohn, was so frustrated at one point that he threatened to walk away from the talks.

MONTAGNE: So what did they come up with to get to this agreement?

FLINTOFF: Well, the main answer seems to be that the third party, the European Union, is going to provide troops that will monitor an international crossing at Rafah. That's on the border between Egypt and Gaza. And the Palestinians will have control but the EU troops will assure that whatever comes across the border is inspected. Javier Solana of the EU is part of the negotiations.

There are actually six points to the agreement including that Israel will upgrade and expand crossings that will allow Palestinian produce to move across the border quickly so it doesn't spoil. Bus and truck convoys will be starting to move people and goods between Gaza and the West Bank and there'll be work on a Palestinian seaport sort of on the same model as the international crossing at Rafah. And the parties also recognize the importance of a Palestinian airport, but the details of that are less clear.

MONTAGNE: And Secretary of State Rice, she had to disrupt her rather full schedule to remain in Jerusalem to work on this deal. She did that.

FLINTOFF: Yes, she was supposed to go on to South Korea for the start of the APEC summit and she's already missed some of that. So she obviously considered this very important. The secretary told us earlier that she believes that it was important to get some kind of movement going after this process had basically stalled in the two months since Israel left Gaza. There are other factors that have made this process more difficult as well. Israel is in some political turmoil right now with the possibility of the government coalition coming apart. The Palestinians also have an election coming up, and a Palestinian official told us that President Mahmoud Abbas could lose to the militant Hamas group if he didn't deliver more open borders. So Secretary Rice believed that some definite agreement was needed as a catalyst just to get this whole process under way.

MONTAGNE: So, Corey, what's next?

FLINTOFF: Well, James Wolfensen just told us that it's now time for hope and development. He's talking about practical developments, things like water and sewer projects and roads and other infrastructure. So that includes raising a lot of money from the international community.

MONTAGNE: Corey, thanks very much. NPR's Corey Flintoff with Secretary of State Condoleezza Rice in Jerusalem.