Listen
Woodward Says He Was Told About Plame 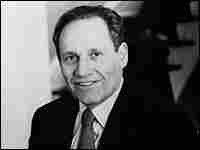 Following is Washington Post Assistant Managing Editor Bob Woodward's statement about his testimony before the special counsel investigating the source of the leak that revealed the identify of CIA operative Valerie Plame. Source: The Washington Post

On Monday, November 14, I testified under oath in a sworn deposition to Special Counsel Patrick J. Fitzgerald for more than two hours about small portions of interviews I conducted with three current or former Bush administration officials that relate to the investigation of the public disclosure of the identity of undercover CIA officer Valerie Plame.

The interviews were mostly confidential background interviews for my 2004 book "Plan of Attack" about the leadup to the Iraq war, ongoing reporting for The Washington Post and research for a book on Bush's second term to be published in 2006. The testimony was given under an agreement with Fitzgerald that he would only ask about specific matters directly relating to his investigation.

All three persons provided written statements waiving the previous agreements of confidentiality on the issues being investigated by Fitzgerald. Each confirmed those releases verbally this month, and requested that I testify.

Plame is the wife of former ambassador Joseph Wilson, who had been sent by the CIA in February 2002 to Niger to determine if there was any substance to intelligence reports that Niger had made a deal to sell "yellowcake" or raw uranium to Iraq. Wilson later emerged as an outspoken critic of the Bush administration.

I was first contacted by Fitzgerald's office on Nov. 3 after one of these officials went to Fitzgerald to discuss an interview with me in mid-June 2003 during which the person told me Wilson's wife worked for the CIA on weapons of mass destruction as a WMD analyst.

I have not been released to disclose the source's name publicly.

Fitzgerald asked for my impression about the context in which Mrs. Wilson was mentioned. I testified that the reference seemed to me to be casual and offhand, and that it did not appear to me to be either classified or sensitive. I testified that according to my understanding an analyst in the CIA is not normally an undercover position.

I testified that after the mid-June 2003 interview, I told Walter Pincus, a reporter at The Post, without naming my source, that I understood Wilson's wife worked at the CIA as a WMD analyst. Pincus does not recall that I passed this information on.

Fitzgerald asked if I had discussed Wilson's wife with any other government officials before Robert Novak's column on July 14, 2003. I testified that I had no recollection of doing so.

He asked if I had possibly planned to ask questions about what I had learned about Wilson's wife with any other government official.

I testified that on June 20, 2003, I interviewed a second administration official for my book "Plan of Attack" and that one of the lists of questions I believe I brought to the interview included on a single line the phrase "Joe Wilson's wife." I testified that I have no recollection of asking about her, and that the tape-recorded interview contains no indication that the subject arose.

I also testified that I had a conversation with a third person on June 23, 2003. The person was I. Lewis "Scooter" Libby, and we talked on the phone. I told him I was sending to him an 18-page list of questions I wanted to ask Vice President Cheney. On page 5 of that list there was a question about "yellowcake" and the October 2002 National Intelligence Estimate regarding Iraq's weapons programs. I testified that I believed I had both the 18-page question list and the question list from the June 20 interview with the phrase "Joe Wilson's wife" on my desk during this discussion. I testified that I have no recollection that Wilson or his wife was discussed, and I have no notes of the conversation.

Though neither Wilson nor Wilson's wife's name had surfaced publicly at this point, Pincus had published a story the day before, Sunday, June 22, about the Iraq intelligence before the war. I testified that I had read the story, which referred to the CIA mission by "a former senior American diplomat to visit Niger." Although his name was not used in the story, I knew that referred to Wilson.

I testified that on June 27, 2003, I met with Libby at 5:10 p.m. in his office adjacent to the White House. I took the 18-page list of questions with the Page-5 reference to "yellowcake" to this interview and I believe I also had the other question list from June 20, which had the "Joe Wilson's wife" reference.

I have four pages of typed notes from this interview, and I testified that there is no reference in them to Wilson or his wife. A portion of the typed notes shows that Libby discussed the October 2002 National Intelligence Estimate on Iraq's alleged weapons of mass destruction, mentioned "yellowcake" and said there was an "effort by the Iraqis to get it from Africa. It goes back to February '02." This was the time of Wilson's trip to Niger.

When asked by Fitzgerald if it was possible I told Libby I knew Wilson's wife worked for the CIA and was involved in his assignment, I testified that it was possible I asked a question about Wilson or his wife, but that I had no recollection of doing so. My notes do not include all the questions I asked, but I testified that if Libby had said anything on the subject, I would have recorded it in my notes.

My testimony was given in a sworn deposition at the law office of Howard Shapiro of the firm of Wilmer Cutler Pickering Hale and Dorr instead of appearing under subpoena before a grand jury.

I testified after consulting with the Post's executive and managing editors, the publisher, and our lawyers. We determined that I could testify based on the specific releases obtained from these three people. I answered all of Fitzgerald's questions during my testimony without breaking promises to sources or infringing on conversations I had on unrelated matters for books or news reporting -- past, present or future.

It was the first time in 35 years as a reporter that I have been asked to provide information to a grand jury.