Accessibility links
Struggling with Body Image During the Holidays For those who struggle with their weight and body image, the focus on food around the holidays may create anxiety. Guest host Farai Chideya talks with Robyn McGee about her sister, who died from complications following gastric bypass surgery.

Listen
Struggling with Body Image During the Holidays 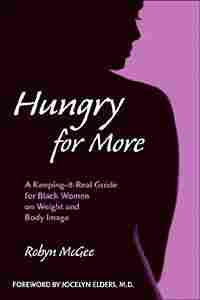 Web Extra: Hear Robyn McGee Read from 'Hungry for More' about the Death of Her Own Sister

For those who struggle with their weight and body image, the focus on food around the holidays may create anxiety.

Farai Chideya talks with Robyn McGee about her sister, who died from complications following gastric bypass surgery. McGee is the author of Hungry for More: A Keeping-It-Real Guide for Black Women on Weight and Body Image.

From Chapter 1 of Hungry for More:

The last time I saw Cathy she was hosting a friend's wedding. Champagne glass in hand, her head thrown back laughing, she was raising the roof with longtime and newly found friends. Food enough for ten armies -- pounds of baked ham, platters of macaroni and cheese, buttered rolls, plus endless wine -- all Cathy's favorite dishes were on the menu that night.

Younger by four years, I grew up in awe of Cathy. I am Nikes and braids and have been accused by other family members of "squeezing a dollar until the eagle hollers." Cathy, on the other hand, was pink manicures and diamonds big enough for a drama queen, her hair always perfectly coiffed and woven with rich brunette highlights. Money burned a hole in her designer bags. Cathy worked hard as an in-home childcare provider. And she played hard too: drop-of-the-hat trips up the California coast to watch the sunset with her husband of fifteen years; all-day shopping with her two oldest daughters; and gathering as many loved ones as would fit in a rented limo to ride to the Hyatt for Sunday brunch.

Folks always ask me about her size. How big was Cathy? I suppose they expect me to describe a two-ton oddity like someone you might see on the Jerry Springer Show. Cathy was light-years away from that. To me, she was built the way many black women are: wide hips, thick legs and thighs, and a full tummy and bosom. At first glance, she looked closer to fifty pounds overweight than the one hundred extra pounds she carried -- weight that eventually qualified her for gastric bypass surgery. She was fly and fashionable on the outside, but inside she was tormented by her weight and hungry for relief...

A few weeks before her friend's wedding celebration, my youngest sister, Theresa, and I sat with Cathy in a restaurant toasting Cathy's future. I think back on that afternoon as "Cathy's last luncheon." Her plate of hot wings remained untouched as she spoke excitedly about how she was going to be "a size 9 by the big 5-0," referring to her upcoming fiftieth birthday and waving her arms with a diva's flair. Her plan was to shrink from size 26 to a third that size. Cathy swore she had finally found a way to lose one hundred pounds -- and to keep it off forever.

Breaking bread with my sisters that afternoon, I thought back to a time when we were children gathered for Sunday dinner with my three other sisters, Pat, Claudia, and Sheilah, my brother William, Mom, and Dad. Our childhood diet included a hefty combination of delicacies from Mom's homeland of Panama: fried dough called bakes, Spanish-flavored arroz con pollo, oil-cooked plantains, salty sea bass cooked in tomato sauce, peas, and rice. We also munched Southern-style fried chicken, mashed potatoes with gravy, ham hocks, cornbread, and hot buttered rolls -- foods reflecting Dad's Mississippi heritage. Growing up in a home with both Latino and African American influences meant we relished delicious, fattening foods from two distinct cultures...

Cathy beamed, describing singer Carnie Wilson's People magazine cover story about her operation that reduced the size of her stomach. Cathy told us it was called "gastric bypass weight-loss surgery," and that "with the right medical insurance, anyone could have one, not just celebrities." It sounded risky, but I knew it was pointless to try to talk her out of it. Cathy's mind was set; her eyes sparkled like the bling on her fingers. Victory was near. After a lifetime of battling her weight, Cathy was finally going to be skinny.

"With my operation, I'll be able to only eat cupfuls of food. I'll never be fat again," Cathy told us proudly. We shrugged and accepted her latest thin hope, few questions asked. I had no idea what she was getting into. I figured the operation would be no more dangerous than an appendectomy or a tummy tuck. Easy, simple, routine.

A few weeks after our afternoon together, my beloved sister was dead. Cathy was just forty-nine years old.

The coroner listed the cause of death as "cardiac arrest" on Cathy's autopsy. I found out later (thanks to the medical records our attorney subpoenaed for our lawsuit) that Cathy developed a post-surgery infection, common in gastric bypass patients. The contamination taxed Cathy's heart, already weakened by hardening of the arteries, beginning diabetes, and hypertension. Funny the things you learn from an autopsy, the ultimate physical. None of us had any idea Cathy was a borderline diabetic.

Cathy suffered for four days and never made it out of Temple Hospital. The struggle with her weight was finally over, visions of a new life laid to rest. 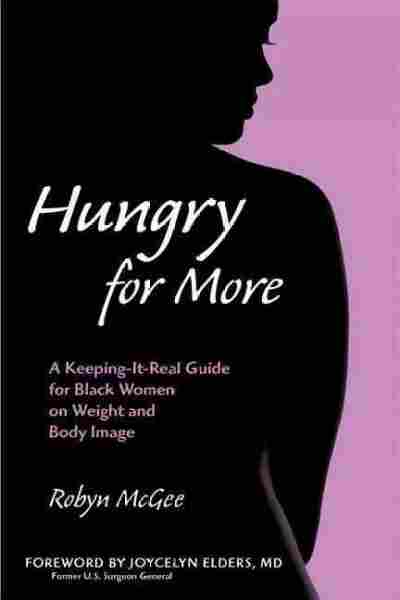