Heard on The Motley Fool

US Airways and America West merged in late September and shares of the new US Airways are up around 60 percent since the merger. What's behind the company's take-off on Wall Street? Is the merger a match made in heaven or a marriage of inconvenience? David Gardner talks with US Airways CEO Doug Parker. 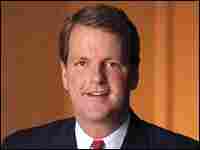 Doug Parker is chairman, president and CEO of US Airways. He previously held those titles at America West. America West hide caption