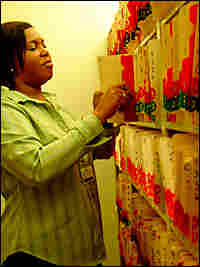 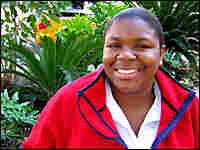 Yvette Warren did not choose to leave New Orleans, the city where she'd met her husband, raised five children, and worked as a teacher's aide. But after Hurricane Katrina and the family's rather arbitrary evacuation to San Antonio, Warren decided the place suited her.

Three months later, at age 42, she is now beginning a new career.

With the help of the San Antonio community -- and a group that calls itself the "Can Do Girls" -- Warren landed a filing clerk position in the San Antonio district attorney's office.

Send Us Your Story

It's the first job she's ever had with health and retirement benefits. It's also the first opportunity she's had since raising her family to consider getting a college degree. One of the perks of working for the county is paid tuition, as long as she keeps her fulltime job.

Hurricane Katrina may have been much more than Warren ever bargained for. But she does admit that it came at a time in her life when she was hankering for change.

Her husband, Alton Warren, is back in New Orleans working for an indefinite period of time. Her youngest children are in sixth and eighth grade, and the three older kids all have jobs working at Starbuck's -- thanks again to the "Can Do Girls."

Warren's new boss, Robin Nelson, says the folks in the D.A.'s office have their eye on her; in fact, she's already looked at another, better-paying job. But for the time being, Warren, though ambitious, is not in a hurry. She is enjoying the easy company of her new colleagues, before the next inevitable wave of change.