Accessibility links
The GOP's American Vision: 'Off Center' Political scientists Jacob Hacker and Paul Pierson are the authors of the new book Off Center. In it, the two professors examine the tactics of far-right Republicans — and how they've changed the system for years to come. 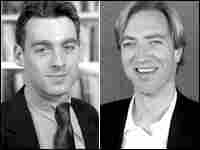 Political scientists Jacob Hacker and Paul Pierson are the authors of the new book Off Center: The Republican Revolution and the Erosion of American Democracy. 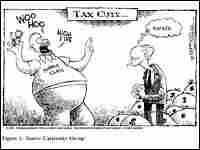 Off Center's illustrations include a political cartoon by Nick Anderson. Courtesy of Nick Anderson and The Washington Post Writers Group hide caption 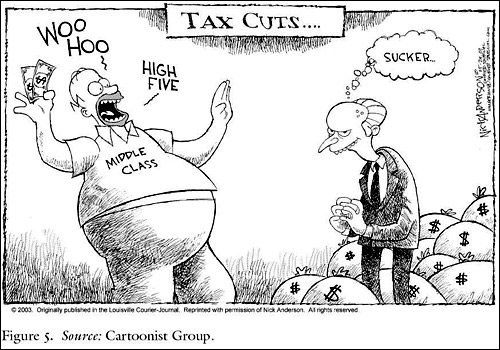 Off Center's illustrations include a political cartoon by Nick Anderson.

In the book, Hacker and Pierson examine the tactics of far-right Republicans -- and how they've changed the system for years to come. They split their subject matter into two topics: "Abandoning the Middle" and "Broken Checks and Balances."

Read an excerpt from Off Center:

When President George W. Bush took the stage to deliver his State of the Union Address in 2005, he had plenty of cause to celebrate. To begin with, he was on the podium, having emerged victorious in a bitterly fought election that saw him escape the embarrassing fate of his father, who had been defeated after a single term. Yet the larger reason for celebration was all around him—in the regal House chamber he faced. Flanking Bush were Vice President Dick Cheney, Bush’s conservative policy czar, and Speaker of the House Dennis Hastert, the head of the Republican-controlled House of Representatives. In the audience was House Majority Leader Tom DeLay, the ultraconservative Texan known as “The Hammer” who had pushed through a controversial redistricting plan in Bush’s home state, padding the Republicans’ House majority. In the audience, too, was Senate Majority Leader Bill Frist of Tennessee, who helped the GOP increase its margin in the Senate to fifty-five seats, to the Democrats’ forty-four. As Bush outlined his plans for the long-standing conservative goal of partially privatizing Social Security, the air of triumph in the room was unmistakable: A new order had taken root. A conservative governing coalition, balanced on a razor’s edge of partisan control, had seized the reins of power and was now dramatically remaking the laws of the land.

The feeling of accomplishment was certainly warranted. The president and congressional GOP have not always gotten what they wanted, of course. But given the closeness of the political divisions in the nation and the general public skepticism that many of their key aims have provoked, their success in achieving their principal goals has been nothing short of remarkable. Indeed, fitting historical parallels are elusive. The New Deal of FDR and the Great Society of LBJ are the analogies for which today’s commentators most often reach. And yet both FDR and LBJ had crushed their campaign opponents, enjoyed vast Democratic margins in Congress, and ridden a wave of overwhelming public support for the government activism they championed. None of this holds true today. Far from marshaling overwhelming party margins, Republicans—including President Bush—exercise power by virtue of successive election victories that are as close as any in American history. And far from eliciting broad public support for their actions, the GOP has eked out victories on issue after issue—from tax cuts to Medicare reform to environmental policy—on which Americans’ views of what they are doing range from dubious to downright hostile.

According to the conventional wisdom about American politics, this shouldn’t be possible. Our system of government is supposed to thwart the ambitions of slim majorities. Our political leaders are supposed to obey the dictates of surveys and focus groups, afraid to run afoul of the all-powerful oracle of public opinion. Our parties are supposed to be weak, fragmented, and ineffective. Our electoral structure is supposed to encourage two major parties vying for the center, not a majority party heading for the fringes. Our framework of frequent elections is supposed to ensure that politicians who stray too far from their constituents’ wishes end up in the dustbin of political history.

Today’s governing Republican majority can justly claim that it has defied these normal laws of political gravity. It has ruled with the slimmest of majorities and yet overseen a major transformation of America’s governing priorities. It has been locked in tight competition with its political rivals and yet shown little inclination to tack to the political center. It has strayed dramatically from the moderate middle of public opinion and yet faced little public backlash. Again and again, it has sided with extremes. And much more often than not, it has come out on top.

This book explains why. It shows that those who run our nation are committed to ideas and laws that are at odds with the moderate center of American opinion. It explains why our nation’s political leaders have veered so far right and why the normal mechanisms of democratic accountability have not been able to bring them back. And it explores how the interwoven forces that have created this troubling state of affairs can be overcome. America’s great democratic experiment is under assault. Restoring its health requires understanding how those that hold the reins of political power in the United States have succeeded in pushing American government so far off center. 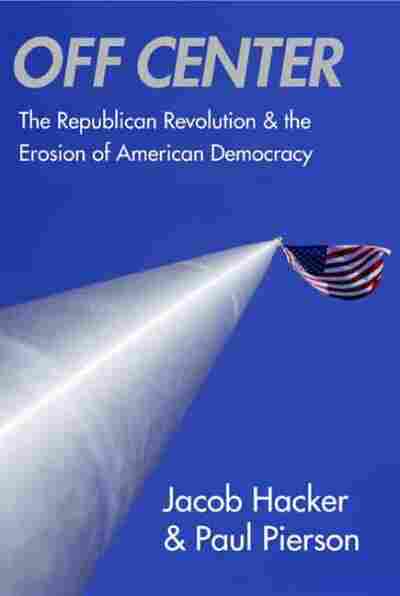 The Republican Revolution And the Erosion of American Democracy

Title
Off Center
Subtitle
The Republican Revolution And the Erosion of American Democracy
Author
Jacob S. Hacker and Paul Pierson