Accessibility links
Okkervil River's Music: Spookiness and Bloodshed Okkervil River is a body of water near St. Petersburg in Russia. It's also the name of a band based in Austin, Texas. Its songwriter and singer draws from the primal violence heard in some traditional folk tunes and the blues. 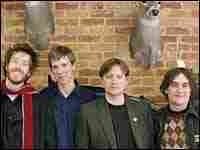 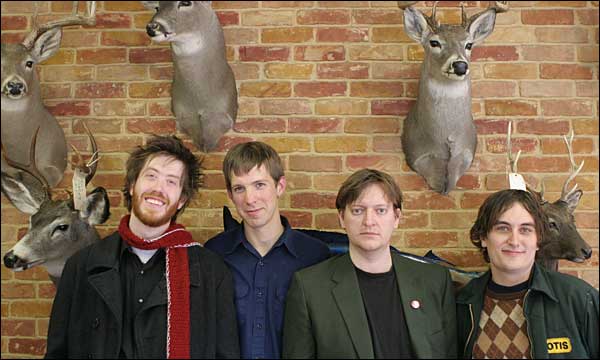 King and a Queen

So Come Back, I Am Waiting

Singer and songwriter Will Sheff found his band's name in a story by Russian writer Tatanya Tolstaya. But Okkervil River's most recent influence comes from the 1960s American folk scene.

Black Sheep Boy is a dark, loosely knit song cycle spanning two albums. Sheff's inspiration for the albums was a 1967 Tim Hardin song of the same title. In an essay about Hardin, Sheff praises the song's "mysterious lyrics and darkly confident theme."

The music of Okkervil River offers similar attractions. "It's like deciphering a puzzle when you listen to their lyrics," says music critic Alison Stewart. Those lyrics are filled with macabre imagery and menacing violence, but Sheff maintains a sense of humor about it.

"The funniest is when people call us Overkill River," he says. "We were thinking we should just change the name of this band to Dirge Overkill."

Okkervil River
Essay by Will Sheff on 'Black Sheep Boy'

The report misstates the degrees earned by Okkervil River band member Jonathan Meiburg. He is working on his master's degree in geography.