Accessibility links
The Least Material of Material Gifts As an economist, Russell Roberts would prefer that we spread our spending out evenly across the year and avoid debt now. But if we must, he has some books he'd like to recommend.... 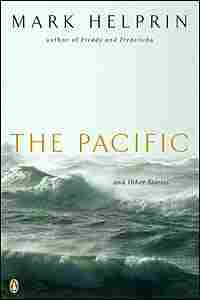 Russell Roberts is a professor of economics at George Mason University and writes a weblog on economic issues, Cafe Hayek. Listen to him on NPR:

As an economist, I've long rejected the idea that somehow the economy depends on the frenzy of December and November spending. It would actually be much better for the economy and for us as human beings if we made the holidays more spiritual while spreading our spending out more evenly across the year.

So consider cutting back on the shopping and spending more time around the fireplace talking to your kids or thinking somewhat deeper thoughts than whether cashmere really is the key to a happy Dec. 26. Surprise your brother with an unexpected present on Jan. 25 and it will stand out for being the only one he gets that day.

But books and music seem different somehow. They are the least material of material gifts.

I also try and give short books. If they fail, they fail quickly. I also don’t burden the recipient with too many hours of reading as a sign of loyalty.

For lovers of fiction, I like Thornton Wilder’s tragicomic, haunting look at why good people suffer, The Bridge of San Luis Rey. You may or may not like Wilder's answer, but he poses the question unforgettably. Every line in Truman Capote's Breakfast at Tiffany’s is nearly perfect. And it's so much better than the movie. For the busy reader who likes his fiction in smaller bites, try short story collections like Mark Helprin's The Pacific, Ethan Canin’s The Palace Thief or William Trevor's After Rain.

For the techie on your list, try In the Beginning Was the Command Line by Neal Stephenson, his extended essay on the relationship between culture and the computer. Only Stephenson could write an entire chapter on operating systems as power drills and teach you something while making you laugh out loud.

Lois Lowry's thought-provoking The Giver is a great gift for a thoughtful teenager. If your teenager likes scary books, avoid Harry Potter and Lemony Snicket and try instead the absolutely terrifying I Am the Cheese by Robert Cormier. Or give it to an adult. It sure scared me.

For baseball fans, especially Red Sox fans, I recommend A Day of Light and Shadows by Sinatra authority and lifelong Red Sox fan, Jonathan Schwartz. It's the story of the 1978 Yankees-Red Sox playoff game. Until last year, reading it was delightful but heartbreaking. Now that the Red Sox have won the World Series, it's merely delightful. My 12-year-old daughter has read it more than once and can quote the more lyrical sentences.

For a reader with more sitzfleisch, willing to invest in a longer read, try Robert Crichton's The Secret of Santa Vittoria. You’ll laugh, you'll cry and you'll have a terrific craving for wine while you read. So give a bottle of an Italian red to go along with the book. Carlos Eire's memoir of growing up in Cuba, Waiting for Snow in Havana, is as magical as any Latin American novel. Give any novel by Mark Helprin, the greatest living storyteller in the English language. A Soldier of the Great War is his masterpiece, but I’d hate to have read that first. Better to build up to it. So give Winter’s Tale or Memoir from Antproof Case.

Too many people are unnecessarily intimidated by poetry, the ultimate quick read that keeps on giving as you read your favorites again and again. For someone you know with a soul, give Billy Collins' Picnic, Lightning or The Art of Drowning. Collins has two CDs of live readings. Both are great for the family that hits the road and could use something to while away the hours in the minivan. My six-year-old likes Collins almost as much as I do. Okay, I’m exaggerating, but he loves listening to Collins read.

Another great gift for families with kids who take long car trips is John Lithgow's Singin' in the Bathtub. It's one of the few CDs for kids that the adults not only tolerate on the 10th listening but actually enjoy. Who wouldn’t like an album with the song, From the Indies to the Andes in His Undies?

Deceptively simple but perfect for this time of year is Adin Steinsaltz's Simple Words, a series of short essays about what it means to be human in a material world.

My favorite economics book to give away is The Fatal Conceit by Friedrich Hayek. It's short, but also hard to digest and profound. Hayek tries to illuminate the unseen and hidden wonder of the world created by human action but not human design. Illuminating the unseen is the essence of the holiday season.