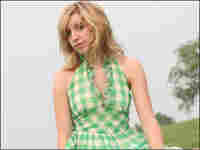 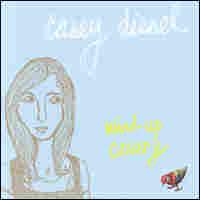 Singer-songwriter and pianist, Casey Dienel plays an intricate and melodic mixture of jazz, rock and the American songbook. The 20-year-old has been playing since she was four.

Based in Boston, Dienel attended the New England Conservatory where she is a composition major. She grew up writing songs in her living room, she says, "with the doors shut so no one would hear." Citing influences like Pavement, Joni Mitchell, Randy Newman, David Bowie, and Cole Porter, Dienel has an innate lyrical sense.

The songs on her album Wind-Up Canary, including the featured track "Doctor Monroe," were recorded at an abandoned caretaker's house on a farm in Leominster, Mass. With some Conservatory friends and a piano borrowed from the lobby of a local hotel, these songs are about "crazy, drunk, old men, cats and dogs, historians, cowboys, apricots, ferris wheels, candy corn, and failed love affairs." She is currently touring in support of her album.