Accessibility links
Gospel Superstar CeCe Winans Gets 'Purified' CeCe Winans takes pride in having never strayed from the principal message of gospel music: love and reverence. But her new CD, Purified, updates the sound with touches of soul, R&B, and even hip-hop to give her tunes a contemporary feel. 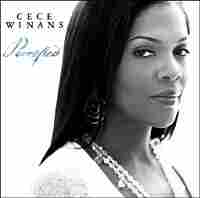 CeCe Winans has been singing gospel music for as long as she can remember, and she's seen the genre go through a series of changes, becoming more popular as it became, to some, more secular.

But Winans takes pride in having never strayed from the principle message of the music: love and reverence. She says her new CD, Purified, is a statement about the meaning of pure love.

"It's a CD that's really talking about relationships," she tells Ed Gordon. "It's important that you know what real love is. Real love is pure."

The tunes on Purified aren't your typical Sunday-morning choir spirituals -- they boast pop, soul, hip-hop and R&B flavors, updating the message with a contemporary sound. But Winans says she remains true to the spirit of gospel.