Pianist and composer David Benoit has produced an anniversary CD called 40 Years: A Charlie Brown Christmas. He tells Ed Gordon about the project, which makes use of the fabulous music created for the beloved TV special. 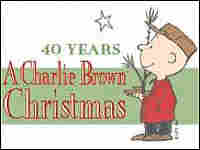 Every year at Christmastime, there are a few things you can count on. One is the lines at the post office will be long and another is Charlie Brown and the Peanuts gang will explain what December 25th means in the holiday special "A Charlie Brown Christmas." The show was created by Charles Schulz and first aired on television in 1965. Over the 40-year history of the animated program, the jazzy musical accompaniment has become just as recognizable as the storyline. This year, a CD of that music has been released. Pianist and composer David Benoit and some all-star friends put together the remake of the classic soundtrack.

GORDON: What about the uniqueness, David, of the idea that this really was groundbreaking in the sense that--and I read recently where network executives were about to balk, not only on the special but could not understand for a children's show why you would marry jazz music with a kids' special.

Mr. DAVID BENOIT (Pianist, Composer): Yeah. It's true. It turned out that Lee Mendelson, the producer, was a huge jazz fan. He loved Cal Tjader and Vince, Dave Brubeck and Bill Evans so it made sense to him. But, yeah, the networks had never done that before so they were, like, `Well, jazz is so hip and it's so adult,' and, yet, it was perfect. It was--and, of course, it's been that way ever since. But, yeah, at the time, it seemed really revolutionary.

GORDON: Let's talk a little bit about--it's called "40 Years: A Charlie Brown Christmas." You have some heavyweights on this CD...

GORDON: ...along with yourself, obviously, but Rick Braun, Gerald Albright, Toni Braxton, Chaka Khan, Brian McKnight, The Rippingtons, Vanessa Williams. The list goes on and on. Must be fun to pull those--I know you know most of these guys, but to pull them together for something as special as this.

Mr. BENOIT: It was so much fun and--because I was working with a lot of people that I'd really admired and had not even met until this. I mean, I had a lot of my buddies, like Rick Braun, and Dave Koz, but an artist like Vanessa Williams, who just blew me away with her beautiful rendition of "Just Like Me," was just a real thrill for me.

Ms. VANESSA WILLIAMS: (Singing) So, hello, little tree. I think it needs me. It just needs a little love. Fits me like a glove. Kind of low-key, just like me.

GORDON: One of the things that I, obviously--and I think most of us associate with the "Charlie Brown Christmas" is "Christmastime is Here." Brian McKnight does a great version, along with--I think you also have an instrumental version by Eric Menden--Merienthal, rather, on, as well.

Mr. BENOIT: Oh, yeah. Uh-huh. Mm-hmm, yes. Yeah. On the original record I'm pretty sure there was a reprise. They had the two versions, the kids singing it, and then just Vince, so we were modeling it after that original record so Brian McKnight was the very first artist that came on board and he was just insistent--`I've got to do "Christmastime is Here."' So we gave that to him.

GORDON: The new CD is "40 Years: A Charlie Brown Christmas." As I said, an all-star lineup joining David Benoit. David, we thank you for your time today.

Mr. BENOIT: All right. My pleasure.

GORDON: Nice to talk to you.

GORDON: Thanks for joining us. That's our program today. To listen to this show, visit npr.org. NEWS & NOTES was created by NPR News and the African-American Public Radio Consortium.