Accessibility links
The Best New Music of 2005: Sarah Bardeen Music critic Sarah Bardeen rounds up a three-part review of the best new music of 2005 with her favorite CDs of the past year — a sonic stew of hip-hop, smooth Latin stylings and raw Brazilian soul. 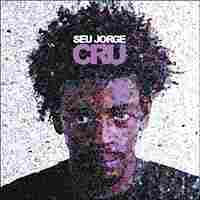 Tive Razão (I Was Right)

Oscar-winning singer/songwriter Jorge Drexler is back with Eco. "It's unusual for me to be so affected by such an easygoing album," music critic Sarah Bardeen says. "But there's something about Drexler -- whether it's his delicate voice or his intricate, thoughtful lyricism -- that allows the guy to make you actually feel it when he uses worn-out cliches like 'all life is sacred.'"

Then of course, there's Kanye West. "West is so ubiquitous in pop culture that it seems almost counterproductive to name Late Registration, as one of the best albums of the year.... (but) there's an open secret about Kanye West: He's actually an underground rap genius dressed in crossover clothing.

Finally, there's Seu Jorge, the Brazilian actor and singer-songwriter. "Words fail me with Seu Jorge," Bardeen says. "His deep voice gravitates between gruff and velvety, and the songs are anchored solely around his charismatic presence. Sometimes you just have to hear it for yourself."