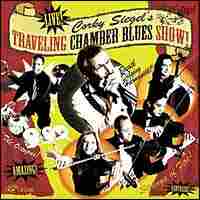 Songs from the Albums

'The Underqualified Blues' (from Flash Forward)

'I'm a King Bee' (from Buried Alive in the Blues)

On Corky Siegel's Traveling Chamber Blues Show, he combines the unlikely genre of blues and chamber music. On Flash Forward, Siegel collaborates again with guitarist Jim Schwall for the pair's first studio recording in 32 years. And on Buried Alive in the Blues, Siegel joins eight other musicians under the moniker Chicago Blues Reunion.

Scott Simon talks with Siegel about the releases.