Accessibility links
Excerpt: 'The History of Love' by Nicole Krauss Then one day I was looking out the window. Maybe I was contemplating the sky. Put even a fool in front of the window and you'll get a Spinoza.

Excerpt: 'The History of Love' by Nicole Krauss

Excerpt: 'The History of Love' by Nicole Krauss 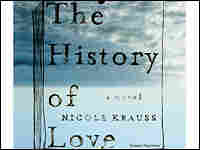 Detail from the cover of The History of Love by Nicole Krauss. Norton Co. hide caption

Then one day I was looking out the window. Maybe I was contemplating the sky. Put even a fool in front of the window and you'll get a Spinoza.

Read an excerpt from The History of Love:

I often wonder who will be the last person to see me alive. If I had to bet, I'd bet on the delivery boy from the Chinese take-out. I order in four nights out of seven. Whenever he comes I make a big production of finding my wallet. He stands in the door holding the greasy bag while I wonder if this is the night I'll finish off my spring roll, climb into bed, and have a heart attack in my sleep.

I try to make a point of being seen. Sometimes when I'm out, I'll buy a juice even though I'm not thirsty. If the store is crowded I'll even go so far as dropping my change all over the floor, the nickels and dimes skidding in every direction. I'll get down on my knees. It's a big effort for me to get down on my knees, and an even bigger effort to get up. And yet. Maybe I look like a fool. I'll go into the Athlete's Foot and say. What do you have in sneakers? The clerk will look me over like the poor schmuck that I am and direct me over to the one pair of Rockports they carry, something in spanking white. Nah, I'll say, I have those already, and then I'll make my way over to the Reeboks and pick out something that doesn't even resemble a shoe, a waterproof bootie, maybe, and ask for it in size 9. The kid will look again, more carefully. He'll look at me long and hard. Size 9, I'll repeat while I clutch the webbed shoe. He'll shake his head and go to the back for them, and by the time he returns I'm peeling off my socks. I'll roll my pants legs up and look down at those decrepit things, my feet, and an awkward minute will pass until it becomes clear that I'm waiting for him to slip the booties onto them. I never actually buy. All I want is not to die on a day when I went unseen.

A few months ago I saw an ad in the paper. It said, NEEDED: NUDE MODEL FOR DRAWING CLASS. $15/HOUR. It seemed too good to be true. To have so much looked at. By so many. I called the number. A woman told me to come the following Tuesday. I tried to describe myself, but she wasn't interested. Anything will do, she said.

The days passed slowly. I told Bruno about it, but he misunderstood and thought I was signing up for a drawing class in order to see nude girls. He didn't want to be corrected. They show their boobs? he asked. I shrugged. And down there?

After Mrs. Freid on the fourth floor died, and it took three days before anyone found her, Bruno and I got into the habit of checking on each other. We'd make little excuses—I ran out of toilet paper, I'd say when Bruno opened the door. A day would pass. There would be a knock on my door. I lost my TV Guide, he'd explain, and I'd go and find him mine, even though I knew his was right there where it always was on his couch. Once he came down on a Sunday afternoon. I need a cup of flour, he said. It was clumsy, but I couldn't help myself. You don't know how to cook. There was a moment of silence. Bruno looked me in the eye. What do you know, he said, I'm baking a cake.

When I came to America I knew hardly anyone, only a second cousin who was a locksmith, so I worked for him. If he had been a shoemaker I would have become a shoemaker; if he had shoveled s*** I, too, would have shoveled. But. He was a locksmith. He taught me the trade, and that's what I became. We had a little business together, and then one year he got TB, they had to cut his liver out and he got a 106 temperature and died, so I took it over. I sent his wife half the profits, even after she got married to a doctor and moved to Bay Side. I stayed in the business for over fifty years. It's not what I would have imagined for myself. And yet. The truth is I came to like it. I helped those in who were locked out, others I helped keep out what couldn't be let in, so that they could sleep without nightmares.

Then one day I was looking out the window. Maybe I was contemplating the sky. Put even a fool in front of the window and you'll get a Spinoza. The afternoon passed, darkness sifted down. I reached for the chain on the bulb and suddenly it was as if an elephant had stepped on my heart. I fell to my knees. I thought: I didn't live forever. A minute passed. Another minute. Another. I clawed at the floor, pulling myself along toward the phone.

Excerpted from The History of Love by Nicole Krauss, Copyright © 2000 by Nicole Krauss. Excerpted by permission of W.W. Norton and Co. All rights reserved. No part of this excerpt may be reproduced or reprinted without permission in writing from the publisher. 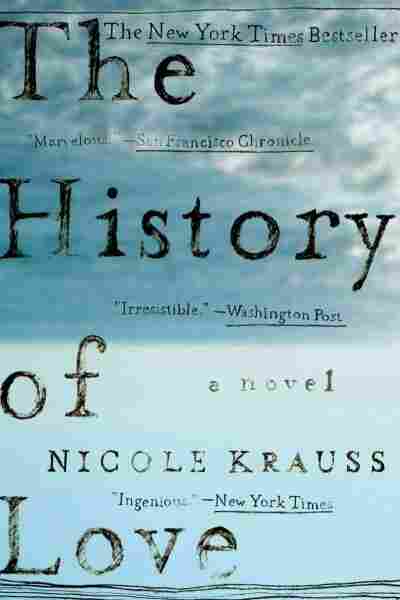 The History of Love