Listen
Memories of 'The Tender Bar' 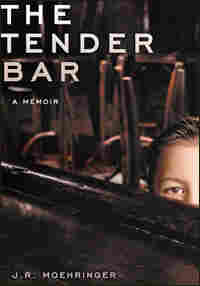 Over the holidays, many of us head home to visit with family and friends. The trip often includes a stop at the corner bar to look for the old crowd or simply to breathe in the dimly lit, smoke-filled area of a place where we were once young. J.R. Moehringer revisited the bar where he grew up on Long Island and wrote about it in "The Tender Bar," his best-selling memoir published this fall. Moehringer is a Pulitzer Prize-winning writer for the Los Angeles Times who now lives in Denver. On a recent trip east, he sat down at a booth in the bar at the heart of his memoir with reporter Tom Vitale.

On a chilly Friday night, J.R. Moehringer sits near the front of Edison's Ale House in Manhasset, chatting with the bartender.

VITALE: It's the same booth where he spent countless hours as a boy listening to the bar patrons tell stories while his uncle tended bar. The place was called Dickens then and after that Publicans. The bar stools are different now and the restaurant has been renovated, but Moehringer says whenever he comes here, he gets that old special feeling.

Mr. MOEHRINGER: Something always comes over me as I walk in the door. I really do hear the voices of all those years. I hear the laughter, the echoes of that laughter, and I don't know. I feel kind of a warmth here but also an nostalgia because of the people who aren't with us anymore. It's a feeling of both pride, homecoming and some wistfulness thrown in, too.

VITALE: Moehringer took those wistful feelings and turned them into a memoir, "The Tender Bar." It's about growing up without a father, finding a world of substitute fathers here and eventually finding himself. The story begins with J.R. as an eight-year-old in 1974 and continues through his teen and college years, his first job as a copy boy at The New York Times and his decision to leave town in 1990. Moehringer writes that as a young man the bar was the only place he felt safe.

VITALE: The J.R. in Moehringer's name stands for Junior, but Moehringer never wanted to be associated with his father, Johnny Michaels, a New York disc jockey who split up with J.R.'s mother before Moehringer ever knew him. The author says along with his Uncle Charlie, who was called Goose, the other regulars at the bar adopted him as sort of a pub mascot. They included the other bartender Joey D., Smelly the cook, Cager the gambler, and and Bob the cop. Moehringer says by the time he was 15, he was already writing about them.

Mr. MOEHRINGER: In my English classes, I would try and write stories about these guys. And so sometimes I would take notes but sometimes I wouldn't need to because some of the things they said made searing impressions on me as a kid. Also many nights here I would write things down on a cocktail napkin. Many nights somebody would shove a cocktail napkin at me and say, `Write that down. That thing I just said? That's pretty funny. Write that down.' It was as if they wondered when someone was going to come along and start recording their wisdom and their witticisms.

VITALE: Moehringer, now 40 years old, says most of his life he's been trying to write this story as a novel in a series of failed attempts.

Mr. MOEHRINGER: I produced spectacularly bad passages of fiction, and many nights I would bring the chapters down here and the guys would form a bucket brigade. They would pass the pages up and down these stools. And there was pretty general agreement that it was all bad. I mean, they were flattered that I was trying to write about them, but we all recognized that I was not capturing them on the page. So it took a long time 'cause I didn't know how to capture this place.

VITALE: Moehringer says only when he decided to let the story write itself as non-fiction did it finally come together. "The Tender Bar" has scaled the Best-Seller lists and has been acclaimed by critics. In The New York Times, Janet Maslin wrote that Moehringer brings the bar to life with hilarious stumble-bum wisdom and a born raconteur's ease.

Ms. JANET MASLIN (The New York Times): I think he really has taken something that could have been very bleak and turned it into something really, really loveable.

VITALE: Janet Maslin says "The Tender Bar" is more entertaining because it's not what you expect.

Ms. MASLIN: We've very used to stories about bars and about rehab and hitting bottom and being miserable and they all follow a very similar pattern, and this is really something different. It's not fiction, but it has the kind of charm that you might find in a novel, and he's always pretty selective about what kinds of details he puts in. He doesn't sugarcoat things but he also doesn't dwell on the very dark side of what happened to him and that you could have had a whole other book in that part of his experience, but he's been very artful in designing the point of view for this.

VITALE: Moehringer says his upbeat point of view is shaped by his fond memories of this bar. It's the place, he says, where he learned how to tell a story.

Mr. MOEHRINGER: In ancient Greece, there were amphitheaters, you know, and there was plenty of wine served at amphitheaters. There needs to be a place where people come together, freed from their possessions and temporarily free of their houses and their identities to some extent and where they can be in semidarkness and tell the old stories. This is the very place where I decided that I wanted to find a way to tell stories for a living, and it's also the place where I first saw a man give his memoir. It was at this bar where I didn't know what it was at the time but I saw a guy tell his life story. And when he was done, he felt better about his life.

VITALE: J.R. Moehringer says now that he's told his story, he feels better about his life, too.

Mr. MOEHRINGER: Well, it's a hell of a day when you cross `write a book' off your list of things to do 'cause it had been on that list for more than 20 years. So it feels like a great weight has been lifted from my shoulders.

VITALE: J.R. Moehringer says the real hero of his memoir "The Tender Bar" is his mother, who pushed him to become a writer. For NPR News, I'm Tom Vitale in New York.

HANSEN: This is NPR's WEEKEND EDITION.