Accessibility links
The Power Of Presence As a psychologist and Red Cross volunteer, Debbie Hall is guided by her belief in the healing power of simply being there for others. She finds that it is the state of being, not doing, that often means the most.

Listen
The Power Of Presence 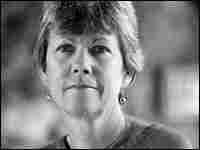 Debbie Hall has been a psychologist in San Diego's Naval Medical Center Pediatrics Department for 12 years. She volunteers for the Disaster Mental Health Team of her local Red Cross and lives in Escondido with five cats and a 15-year-old golden retriever. Nubar Alexanian hide caption 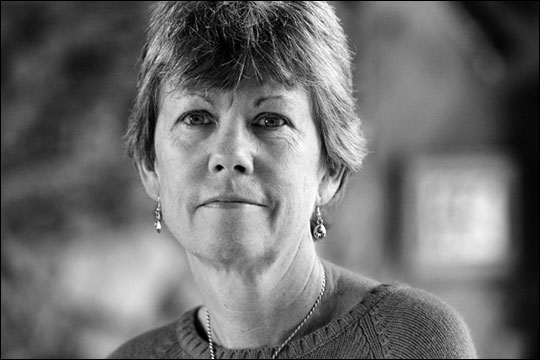 Debbie Hall has been a psychologist in San Diego's Naval Medical Center Pediatrics Department for 12 years. She volunteers for the Disaster Mental Health Team of her local Red Cross and lives in Escondido with five cats and a 15-year-old golden retriever.

I believe in the power of presence.

I was recently reminded of this belief when I and several other Red Cross volunteers met a group of evacuees from Hurricane Katrina. We were there, as mental health professionals, to offer "psychological first aid." Despite all the training in how to "debrief," to educate about stress reactions and to screen for those needing therapy, I was struck again by the simple healing power of presence. Even as we walked in the gate to the shelter, we were greeted with an ardent burst of gratitude from the first person we encountered. I felt appreciated, but vaguely guilty, because I hadnt really done anything yet.

Presence is a noun, not a verb; it is a state of being, not doing. States of being are not highly valued in a culture which places a high priority on doing. Yet, true presence or "being with" another person carries with it a silent power -- to bear witness to a passage, to help carry an emotional burden or to begin a healing process. In it, there is an intimate connection with another that is perhaps too seldom felt in a society that strives for ever-faster "connectivity."

I was first hurled into an ambivalent presence many years ago, when a friend's mother died unexpectedly. I had received a phone call from the hospital where she had just passed away. Part of me wanted to rush down there, but another part of me didn't want to intrude on this acute and very personal phase of grief. I was torn about what to do. Another friend with me at the time said, "Just go. Just be there." I did, and I will never regret it.

Since that formative moment, I have not hesitated to be in the presence of others for whom I could "do" nothing. I sat at the bedside, with other friends, of a young man in a morphine coma to blunt the pain of his AIDS-related dying. We spoke to him about his inevitable journey out of this life. He later told his parents -- in a brief moment of lucidity -- that he had felt us with him. Another time I visited a former colleague dying of cancer in a local hospice. She too was not awake, and presumably unaware of others' presence with her. The atmosphere was by no means solemn. Her family had come to terms with her passing and were playing guitars and singing. They allowed her to be present with them as though she were still fully alive. With therapy clients, I am still pulled by the need to do more than be, yet repeatedly struck by the healing power of connection created by being fully there in the quiet understanding of another. In it, none of us are truly alone.

The power of presence is not a one-way street, not only something we give to others. It always changes me, and always for the better.