Accessibility links
An Athlete of God From 1953, legendary choreographer Martha Graham believes that living -- like dancing -- requires practice to achieve a sense of one's being and a satisfaction of spirit. 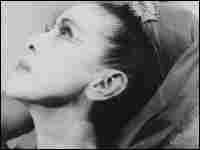 In seven decades as a dancer and choreographer, Martha Graham created 181 ballets. A pioneer of modern dance, she is known for her collaborations with artists, including composer Aaron Copland with whom she created Appalachian Spring. Carl Van Vechten/Library of Congress hide caption 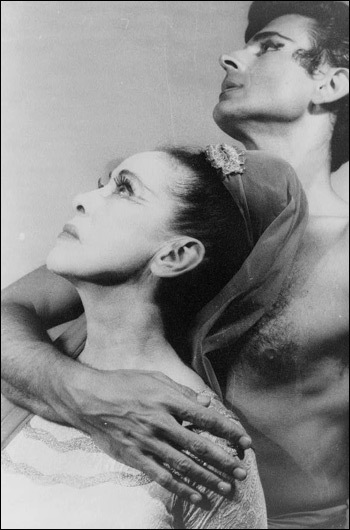 In seven decades as a dancer and choreographer, Martha Graham created 181 ballets. A pioneer of modern dance, she is known for her collaborations with artists, including composer Aaron Copland with whom she created Appalachian Spring.

I believe that we learn by practice. Whether it means to learn to dance by practicing dancing or to learn to live by practicing living, the principles are the same. In each, it is the performance of a dedicated precise set of acts, physical or intellectual, from which comes shape of achievement, a sense of one's being, a satisfaction of spirit. One becomes, in some area, an athlete of God.

Practice means to perform, over and over again in the face of all obstacles, some act of vision, of faith, of desire. Practice is a means of inviting the perfection desired.

I think the reason dance has held such an ageless magic for the world is that it has been the symbol of the performance of living. Many times I hear the phrase "the dance of life." It is close to me for a very simple and understandable reason. The instrument through which the dance speaks is also the instrument through which life is lived: the human body. It is the instrument by which all the primaries of experience are made manifest. It holds in its memory all matters of life and death and love.

Dancing appears glamorous, easy, delightful. But the path to the paradise of that achievement is not easier than any other. There is fatigue so great that the body cries, even in its sleep. There are times of complete frustration; there are daily small deaths. Then I need all the comfort that practice has stored in my memory and a tenacity of faith. But it must be the kind of faith that Abraham had, wherein he "staggered not at the promise of God through unbelief."

It takes about 10 years to make a mature dancer. The training is twofold. There is the study and practice of the craft in order to strengthen the muscular structure of the body. The body is shaped, disciplined, honored and in time, trusted. The movement becomes clean, precise, eloquent, truthful. Movement never lies. It is a barometer telling the state of the soul's weather to all who can read it. This might be called the law of the dancer's life -- the law which governs its outer aspects.

Then there is the cultivation of the being. It is through this that the legends of the soul's journey are re-told with all their gaiety and their tragedy and the bitterness and sweetness of living. It is at this point that the sweep of life catches up the mere personality of the performer and while the individual (the undivided one), becomes greater, the personal becomes less personal. And there is grace. I mean the grace resulting from faith: faith in life, in love, in people and in the act of dancing. All this is necessary to any performance in life which is magnetic, powerful, rich in meaning.

In a dancer there is a reverence for such forgotten things as the miracle of the small beautiful bones and their delicate strength. In a thinker there is a reverence for the beauty of the alert and directed and lucid mind. In all of us who perform there is an awareness of the smile which is part of the equipment, or gift, of the acrobat. We have all walked the high wire of circumstance at times. We recognize the gravity pull of the earth as he does. The smile is there because he is practicing living at that instant of danger. He does not choose to fall.

Rick Moody: The Joy and Enthusiasm of Reading Aug. 29, 2005
Azar Nafisi: Mysterious Connections that Link Us Together July 18, 2005
Helen Hayes: A Morning Prayer in a Little Church April 4, 2005