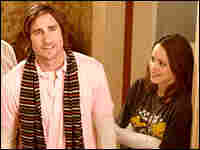 Wilson made his acting debut in Wes Anderson's Bottle Rocket, which also starred his brother, Owen Wilson. He was also in Anderson's films Rushmore and The Royal Tenenbaums.

His other credits include Alex and Emma, Legally Blonde, and Charlie's Angels.