Accessibility links
Mystery of Missing Children Haunts W.Va. Town On Christmas Eve, 1945, the Sodder family of Fayetteville, W.V., lost five children in a fire. Strange events that night and afterward fueled speculation, which continues to this day, that the children may have been kidnapped or murdered. 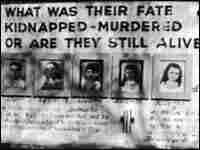 For nearly two decades, this billboard stood at the site of the Sodder house fire, a constant reminder of the tragedy. It showed photos of the missing Sodder children and offered a $5,000 reward for information leading to their recovery. Courtesy Sylvia Sodder Paxton hide caption 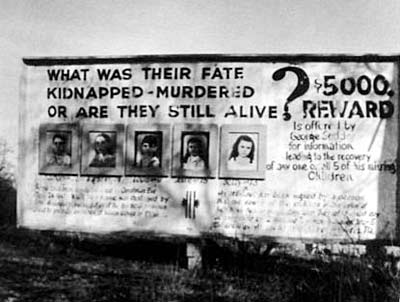 For nearly two decades, this billboard stood at the site of the Sodder house fire, a constant reminder of the tragedy. It showed photos of the missing Sodder children and offered a $5,000 reward for information leading to their recovery. 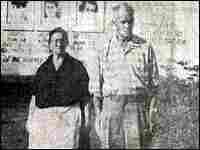 In this old newspaper clipping, Jennie and George Sodder stand in front of the billboard on which they pinned their hopes. Courtesy Sylvia Sodder Paxton hide caption 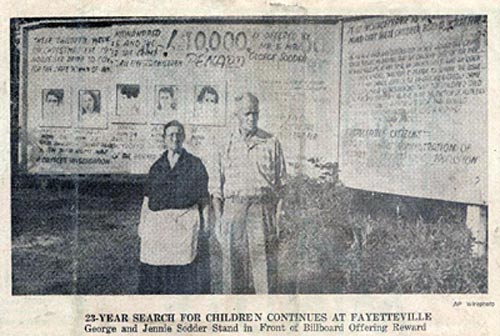 In this old newspaper clipping, Jennie and George Sodder stand in front of the billboard on which they pinned their hopes. 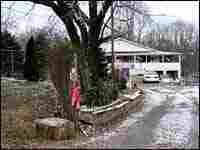 Today, there are no traces of the Sodder fire house at the site where it occurred. Stacy Horn hide caption

Other than music that plays from a loudspeaker mounted on a storefront in the center of town, the streets of Fayetteville, W.V., are quiet as Christmas Eve approaches. Inside, they talk of presents and parties, and inevitably, what really happened to the Sodder family on Christmas morning 60 years ago.

Everyone has an opinion about the fire. These are the facts: When George and Jennie Sodder went to sleep on Christmas Eve in 1945, nine of their 10 children were with them. One son was away in the military.

George Bragg, a local writer and author of West Virginia Unsolved Murders, tells the story of that night's events: "Jennie woke up. She heard a noise. Somebody had thrown something on the roof. She got up and checked that out, and went back to bed. She woke up about a half-hour later, and she smelled smoke. She got up and realized one of the rooms where their office was [located] was on fire. She screamed for her husband and woke him up, and they both hollered upstairs where two of the boys were."

Neighbors reached Chief F. J. Morris at the Fayetteville Fire Department a little after 1 a.m. By then, it was already Christmas. Firefighters were told that children were trapped inside, but no fire truck was sent until 8 a.m. -- seven hours later. Chief Morris is long dead. But another retired fire chief, Steve Cruikshank, tried to explain the delay. He says the fire department didn't even have a siren back then. When somebody called to report an incident, an operator would take the call and rouse a firefighter, who would then have to reach fellow firefighters one by one.

The Sodder parents and four of their children escaped. But five of the Sodder children, ages 5, 8, 9, 12 and 14, were never seen again.

What happened next unfolded in such a way as to almost guarantee that the story of the Sodder fire would be forever surrounded by misinformation, wishful thinking and rumor.

All that remained of the Sodder house was a basement full of ashes. A brief, informal search took place, but instead of the skeletons they expected to find, firefighters encountered just a few bones and pieces of internal organs. The family was never told that anything was found. Because it was Christmas, a more thorough search was postponed.

The fire marshal told the Sodder family to leave the site as it was. He said authorities would come back and finish inspecting things later.

But the father, George Sodder, ignored the fire marshal. Less than a week later, he bulldozed four or five feet of dirt onto what was left of his home. The family planted flowers, a shrine to their lost children.

Two years later, George Sodder saw a newspaper photo of school children in New York and became convinced that one of the children was his missing daughter Betty. He jumped in his pickup and drove to Manhattan. Despite his insistence, he was not allowed to see the child.

But Sodder became convinced that his children were still alive -- if not in New York, then somewhere else. He and his wife hired a string of private detectives to search for the children.

Around the same time, Fayetteville Fire Chief Morris added a bizarre twist to the story. According to Unsolved Murders author Bragg, Morris told the Sodders that he had recovered a body part from the site of the fire and buried it in a box there.

If the box of remains could be recovered, that would be proof that the children had died that night. The family could finally move on. George Sodder and a private investigator asked Morris to show them where he'd buried the box.

"They got together and dug the box up," Bragg says. "They took it straight to a funeral home and asked the person in charge there to open the box and examine the interior. When he did open that box, he found what looked like a fresh beef liver."

That's when newspapers got hold of the story. Strangers began reporting that they'd seen the Sodder kids around the country. None of the leads went anywhere.

Today, there are no longer any traces of the 1945 fire at the former site of the Sodder house. Cars speed past a new white house at the end of a gravel driveway. A few Christmas decorations hang here and there around the house, but nothing stands out.

But for decades, a huge reminder of the tragedy stood at the site: a billboard. The Sodders purchased the billboard in 1952. It featured black-and-white photographs of each missing child and an account of the fire. It also offered a $5,000 reward for information leading to the recovery of any or all of their children. For years, people would pull over and walk up to the billboard, Bragg says. "When you walked up to that sign, you were looking right into the faces of the children," he says.

The billboard fed new rumors: The children had been sold to an orphanage. They were taken to Italy. Some even suggested the mafia had somehow been involved.

And through it all, the Sodder family clung to hope. After all, no one had seen the children at the windows, crying for help. But that's not unusual, says West Virginia State Fire Marshall Sterling Lewis. He says that when young children feel heat and smell smoke, they are likely to hide. "We find them under beds. We find them in closets. We find them crawled up in the bathtubs," Lewis says.

For the rest of his life, George Sodder traveled the country, tracking down rumors of his missing kids. He died in 1969, his wife, Jennie, 20 years later. After her death, the billboard came down.

The youngest child who survived the fire, Sylvia Sodder Praxton, didn't want her voice recorded for NPR's story. What she did want: to fulfill her parent's wish to keep the story alive.

So every Christmas, the people of Fayetteville go over what happened that night, repeating the same reasons for believing their version of the story. Without physical evidence, they can't say for sure, but fire professionals are convinced the blaze that took place in 1945 probably cost the Sodder children their lives.

For some, the children died 60 years ago. For the family and many of their neighbors who grew up looking into the faces of the Sodder children, and who firmly believe the children are still out there, this could be the Christmas they finally come home.

Five of the Sodder children, ranging in age from 5 to 14, died or went missing early Christmas morning in 1945: 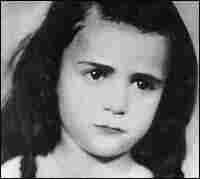 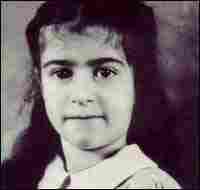 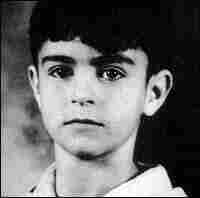 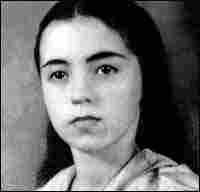 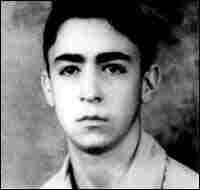