Accessibility links
A Novel Approach to the Story of Paul James Cannon is the author of Apostle Paul: A Novel of the Man Who Brought Christianity to the Western World. He discusses his fictional take on the important historical figure with Scott Simon.

Listen
A Novel Approach to the Story of Paul

James Cannon is the author of Apostle Paul: A Novel of the Man Who Brought Christianity to the Western World. He discusses his fictional take on the important historical figure with Scott Simon. 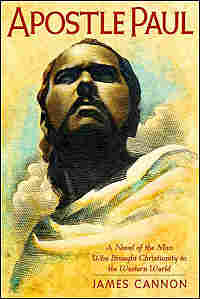 Jesus Christ was the light that inspired a new faith in the world. The Apostle Paul, born Saul of Tarsus, who brandished that faith and made it into a church. He was the mind and mettle who made the ethereal spirit of Jesus into an institution. James Cannon, who's known for his work in journalism and in politics, with New York Governor Nelson Rockefeller, to whom he was chief of staff, Senator Howard Baker and President Gerald Ford, has written the life story of Paul, and it's a novel. His book is called "Apostle Paul: A Novel of the Man Who Brought Christianity to the Western World." James Cannon joins us in our studios.

Mr. JAMES CANNON (Author, "Apostle Paul"): Thank you for having me.

SIMON: And I guess the inevitable first question is: Given your background in politics, was there a political dimension to Paul as a historical character and as a human being that affected you?

Mr. CANNON: There definitely is a political element of his actions and his creations and his life. He was much like a campaigner. He was like a person campaigning for office in the modern sense who had an idea of the message that he wanted to take to the world, and he pursued it with a sense of resolution as great as any leader in history.

SIMON: And you chose to make it a novel because...

Mr. CANNON: My original idea was to write a biography of Paul, but there simply was not enough information about him. There are bits and pieces, shards and segments, that you can put together to form his life.

SIMON: How long had Jesus Christ been gone by the time Paul came along?

Mr. CANNON: As near as I can tell, they were in the city of Jerusalem at the same time, but there's no evidence that they ever saw each other.

SIMON: So Paul was there when Jesus was crucified.

Mr. CANNON: Yes. Paul was apparently--then Saul--was apparently in school in Gamaliel at the time of Jesus' crucifixion, but they didn't see each other.

Mr. CANNON: They didn't know each other at that point.

SIMON: He was at work as a scribe with the Jewish Council, and he fell into disfavor because he became friends with what were then called the Nazarene.

Mr. CANNON: Right. That's right. And a particular friend was Barnabas, who brought him into disfavor temporarily at the court, and so he was ousted for a time, and then he went back on his own volition with more zeal than ever, and this led to his persecuting Christians.

SIMON: It struck me, as you present the story, that--and maybe necessarily 'cause you're the author I look for some sort of political dimension--that Saul, as he was then known, became very much like the politician who gets defeated at the polls, who decides to come back and with a vow: `They're never going to catch me up again.'

Mr. CANNON: That's exactly right. Having been pushed out because of his sensitivity to other issues, this time he came back and said, `I'm going to be more zealous than all the rest.'

SIMON: So he began to investigate a fellow who had been his classmate, Stephen of Athens.

SIMON: And the finding...

Mr. CANNON: The case was constructed against Stephen as an example to other Christians. They assumed that `If we kill this one, then the others will get the message and disband.' So they contrived a case against Stephen and tried him for heresy and blasphemy. He was convicted. The punishment was stoning to death, and the witnesses against him were the first to cast the stones.

SIMON: Yeah. And who officiated at that stoning?

Mr. CANNON: Saul. This is the first of his--the first appearance in Luke's account...

Mr. CANNON: ...of what happened. His first appearance was there as the master overseeing the stoning of Stephen.

SIMON: And I have to ask you to read that section, if we could, please, bearing in mind the man you're describing becomes the Apostle Paul.

Mr. CANNON: (Reading) `Saul quickly collected the three witnesses. The law required that they must cast the first stones. Outside the court, the mob that had gathered followed the guards and their manacled prisoner along the streets of Herod on the Tagoah Gate(ph) to a stony hillside of the Kidron Valley. When the guards knocked Stephen to the ground, Saul leaped up to a high boulder, where he could best witness the execution. It was warm in the midday sun, and the three witnesses lay their coats at Saul's feet and formed the arc of a circle around the condemned. Minoah(ph), the Salesian, lifted a stone as big as a plowshare over his head and flung it, missing Stephen's head but striking his chest. It caused him to gasp for breath, but his eyes remained open and alert. The Cyrenian followed with a stone that landed squarely on Stephen's cheek and jaw. The Alexandrite flung a jagged, broken rock with such force that it brought a flow of blood from Stephen's mouth and forehead.'

SIMON: This Saul, who becomes Paul, doesn't sound like the kind of man whose story you'd want to tell and emulate during this Christmas season.

Mr. CANNON: He was a cruel monster in the beginning, no question about it. But he went on the road to carry out his monstrous act...

SIMON: He went on the road to track down other Christians.

Mr. CANNON: He went on the road to track down and manacle them and bring them back, and it was on that road that he had this revelation that changed his life. He is struck to the ground. He hears this voice: `Saul, Saul, why do you persecute me?' It's coming from above, so he thinks, `I better have some respect.' And he says, `Who are you?' The answer is, `Christ Jesus, whom you persecute.' And he's led into Damascus and put in an inn on Straight Street--still exists, by the way--and there he waits in blindness three days, and then finally, believing that this must have been a voice from the heavens, it must have been Jesus--he can't draw any other conclusion--he realizes that he is now transformed. And at the end of that three days, a messenger is sent from Jesus to restore his sight, and he can begin his new life.

SIMON: Now part of what made Paul's conversion compelling and, in a sense, an object lesson for people is it seems to suggest that anyone has redemption within his or her grasp.

Mr. CANNON: I think that's a fair assumption, yes. It is a lesson that if you can be as bad as Paul was before his transformation and as good as he was and effective as he was after the transformation, it suggests that we can all do it.

SIMON: With respect to the Apostle Paul as much as you, was he a bully who simply switched sides?

Mr. CANNON: ...a few people who are very close, very loyal and determined to help him in every way he can. He had a series--I think I counted 20 or 25 various writers; his letters he dictated.

Mr. CANNON: He did not write them himself, except in one or two cases, but he dictated them to aides he had working with him. And then he trained these aides and sent them out to organize as well.

SIMON: What about--is there some message contained in his life of maintaining the ability to look at yourself and your own life so...

SIMON: ...refresh your view of yourself, in a sense?

Mr. CANNON: The inner message you could draw from Paul's life is that he saw he'd made a mistake, he changed, and he set out with determination. It is not good works that bring about your salvation; it is not the law of Moses, which was where he was trained, but it was faith: faith in yourself, faith in your belief in a better life on Earth and faith that there is a life beyond. He was very much a man who taught people to rely on themselves, to believe in themselves, to hold to standards of ethics and morality, be a good neighbor, to be a good friend, to honor others, and in that way he conveyed a good message to the world.

SIMON: James Cannon. His new book is "Apostle Paul: A Novel of the Man Who Brought Christianity to the Western World."

Mr. Cannon, thank you very much for being with us.

Mr. CANNON: Thank you for having me. 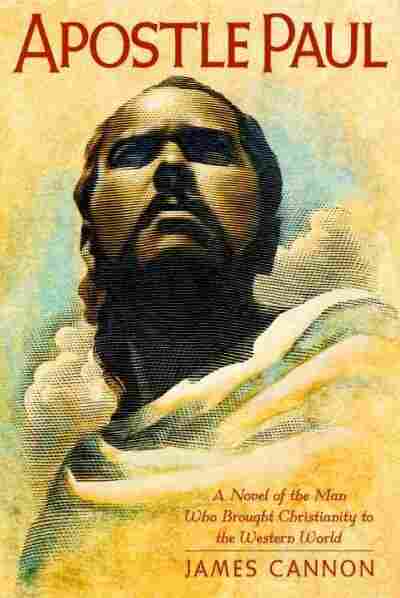