Accessibility links
Off the Fast Track 'In Praise of Slowness' Many of us moved at a breakneck pace in 2005, and we're bouncing right into a new year. Writer Carl Honore takes note of a movement aimed at urging us to chill out a little. He tells Debbie Elliott about his book In Praise of Slowness.

Listen
Off the Fast Track 'In Praise of Slowness'

Many of us moved at a breakneck pace in 2005, and we're bouncing right into a new year. Writer Carl Honore takes note of a movement aimed at urging us to chill out a little. He tells Debbie Elliott about his book In Praise of Slowness. 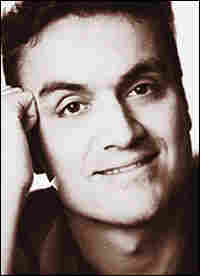 How Cities Can Slow Down

Sex Life in the Fast Lane

Slowing Down at Work

Are the last few weeks a big blur? Were you madly rushing from one relative to another, to the post office, to the toy store, all the while that little voice in your head speaking faster and faster and faster?

ELLIOTT: This New Year's weekend we invite you to step back, take a big breath and think about the alternative. People all over the world are slowing down. It's actually the beginning of a social movement, according to our next guest. Carl Honore calls himself a rehabilitated `speedaholic.' His book is "In Praise of Slowness: Challenging the Cult of Speed." He joins us now from our London bureau.

Mr. CARL HONORE (Author, "In Praise of Slowness"): Hi. It's good to be with you.

ELLIOTT: Let's start by talking a little bit about your breaking point. When did you first realize that your life was just moving way too fast?

Mr. HONORE: Well, I had a kind of wake-up call when I started reading bedtime stories to my son, who at the time was three. And I was just stuck in fast-forward, so I'd find myself going into his bedroom in the early evening and unable to slow down. I'd be speed reading "The Cat in the Hat," you know, skipping a line here or a paragraph there and sometimes a whole page. And my son, like every three-year-old, knew the book inside-out, so we were always quarreling. And what should have been the most relaxed and the most tender, the most magical moment of the day, when a dad sits down to read to his son, becomes instead, you know, this battle of wills, a war between my speed and his slowness. And this went on for quite a while, actually.

ELLIOTT: I can relate.

ELLIOTT: I have a three-year-old son, and I sometimes will take whole chunks of pages of Dr. Seuss and move them in hopes that he won't figure it out.

Mr. HONORE: But they catch you, don't they?

ELLIOTT: And most of the time I'm busted, yes.

Mr. HONORE: Yeah, that's right. Yes. It's funny. Whenever I tell this story, you can see the parents, the young parents, nodding their heads in the front row.

ELLIOTT: And we really should be ashamed of that.

Mr. HONORE: Well, we should be, but I think we've got locked into this kind of roadrunner mode, where we try to do everything more quickly. We're trying to accelerate every moment of the day, and every moment of the day has become a race against the clock. And I think we've kind of backed ourselves into a corner where we've almost stopped questioning that, and sometimes it takes a real jolt to the system to make us realize how much harm that full-throttle approach is doing to every aspect of our lives. And, you know, my kind of wake-up call or my `Eureka!' moment came when I caught myself skimming a newspaper article with time-saving tips. And one of those tips made reference to a series of books called the "One-Minute Bedtime Story," you know, which is such a dreadful idea.

ELLIOTT: And you thought, `Hey!'

Mr. HONORE: And I thought, `Hallelujah!' you know, `I must get the whole set FedEx'd to me tomorrow morning.' And that was just--you know, a lightbulb went on over my head like in the cartoons, and I just took a step back and thought, you know, `Whoa, has it really come to this? Am I really in such a hurry that I'm prepared to fob off my little boy with a soundbite at the end of the day?' And that was where my personal journey, if you like, away from speedaholism began. It's about shifting gears. It's about getting back in touch with your inner tortoise, if you like.

ELLIOTT: Now I seem to remember that all the new technology that we have or, you know, the intention was to lead us to something called the leisure revolution, that we'd actually have more time on our hands, shorter work weeks, longer vacations. But that's not exactly the way things turned out.

Mr. HONORE: No, on the contrary, I think. The opposite has happened, is that technology seems to have filled up our schedules to bursting point and pushed us to the edge of exhaustion.

We're at a very particular moment in history, I think, because speed throughout--you know, from the Industrial Revolution on, things have been getting faster; the pulse of daily life has been quickening. And for the most part, I think, speed has brought us through that period more benefits than it has done us harm. And that is why the voices for slowness--you think of the hippies or the Romantics, the transcendentalists--were simply ignored or steamrollered or pushed aside. But I think what's happened in the last sort of 10 years or so is this speed culture has taken a great leap forward. I mean, these gadgets are wonderful. And when people talk about slowing down or a slow revolution, they are not talking about throwing all the technology out the window and wrenching the world back to some preindustrial utopia. I mean, that's just preposterous, it's not desirable and I certainly don't want it. I mean, I love technology, and I have all the gadgets myself.

But all of these things come with a little button that says `off,' and I think a lot of us have never used that, you know; we've forgotten to switch off. And that's why you find people now coming down with, you know, clinical cell phone addiction or, you know, turning up at therapists learning how to switch off their cell phones or people talk about the BlackBerry as the `CrackBerry' because it's so addictive. There was a case recently where a couple went to the divorce courts in England and the judge asked, you know, `What was the trigger? What brought you here?' and the husband said, `Well, you know, there were a lot of things in the background, obviously, but the thing that really brought it home to me was we were in an intimate moment in bed, and I lifted up my head and I caught my wife checking her e-mail on the BlackBerry.'

Mr. HONORE: So, you know--which may say something about the failings of his sexual technique, I suppose, but I think it says something much broader and much more worrying about our culture, our inability to switch off and that's...

ELLIOTT: How do you make the case, though, to business who are looking at a bottom line? They seem to be moving away from, you know, slowing down. They want higher productivity, less leave, they don't want to pay overtime. You know, how do you balance those two cultures, if you will?

Mr. HONORE: You have to underline and accept the fact that the slow revolution is not going to be fast. But the idea has really been taken up by the business world. I mean, a lot of companies have, you know, napping suites where workers are encouraged to go. And we're not talking about the traditional siesta. We're not talking about, you know, two bottles of wine and a three-house snooze. That may be on your holidays, but I think in the working world...

ELLIOTT: I don't know. I kind of like that idea.

Mr. HONORE: You think so? Yeah. It sounds almost too appealing, doesn't it? And, yes, of course, there are moments when you've got to be busy, when you've got to be fast, very fast, to close the deal, to beat the rivals to market. Of course, there are moments when you need to be quick, but you also need to create space to slow down. You need time in every working day when you're quiet, when you're in a moment of tranquility and stillness. You get away from the technology; you go to a quiet room. But I think that we're moving towards something like a tipping point. And, you know, it's not going to come next week, it's not going to come next year.

ELLIOTT: And it doesn't always work. I mean, the world is moving around us at a breakneck pace. And even you, who are trying to slow down--I found it ironic that you got a speeding ticket on your way to a slow-food dinner.

Mr. HONORE: Yeah, that's right. Yeah. Yeah. If that's not shaming enough, it was actually in Italy that that happened. And if you've ever been on an Italian highway, then you have a pretty good idea how fast I was going to get snagged.

It is difficult, there's no doubt about it. And I think one of the ironies of our hurry-up, instant-gratification culture is that we even want to slow down fast. You know, I've get people writing to me and coming up at public events saying, `Carl, you know, I want to be the Dalai Lama by 5:15 this afternoon because I've got a lot of stuff to squeeze in this evening.' You know, it's that kind of thing. And they want to slough off all of this speed culture by snapping their fingers. You know, they want to push a button and be the--a paragon of slowness, and that just won't happen.

But I think that you can make the change by becoming aware that you do fall into that rut. Personally, if I catch myself going fast for no reason--just out of habit or I'm driving too fast because the rest of the traffic is or for whatever reason--then at least now I'll catch myself and I'll slow down again, whereas before I wouldn't even have noticed.

ELLIOTT: Carl Honore. His book is "In Praise of Slowness."

Thanks for speaking with us.

Mr. HONORE: Thank you very much. It's been a pleasure.

ELLIOTT: To learn more about the slow movement, go to our Web site, npr.org. 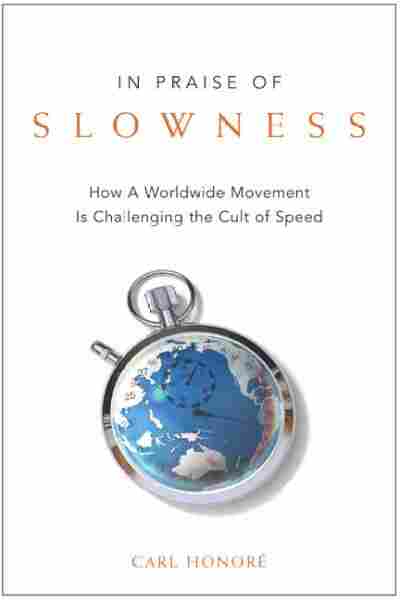 In Praise of Slowness

How a Worldwide Movement Is Challenging the Cult of Speed