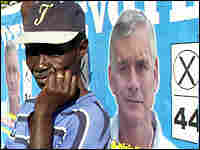 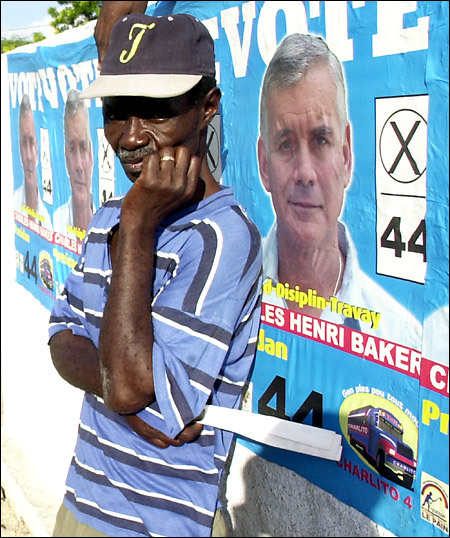 Partial lyric: "Charles Henri Baker decided that Haiti must change; Real Haitians, we should all walk with him"

Partial lyric: "We are mobilized, we are going to elections; We are going to vote for Guy Philippe, we'll never forget what he did!"

Partial lyric: "Tell me who built more roads? Preval!; Who built more schools? Ti Rene!; And national production? Preval!; All Haitians, let's relax, put it down so we can rest!"

Among the contenders for the country's top post are a former president, a rebel leader and a former prime minister.

The campaigning season has gotten under way, with posters, political rallies and candidate jingles flooding the streets and the airwaves.

In a country where more than 50 percent of the people are illiterate, election jingles are one of the most powerful campaign tools.

Each party has a symbol and a ballot number, and they figure prominently in the songs.

Former President Aristide still looms large in Haiti and candidates seem to be either running against him or as a stand-in for him. Aristide -- a democratically elected leader -- was forced out of office in February 2004.

Since then, an interim government backed by United Nations peacekeeping forces has been in charge of the country.