Accessibility links
End-of-Year Reflections from Ted Kooser As we reach the end of the year, U.S. poet laureate Ted Kooser joins host Melissa Block to read a reflection — in prose — on welcoming in a new year, from his book Local Wonders. 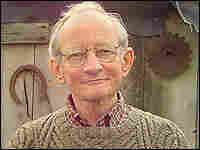 For years, Ted Kooser wrote his poems in the early morning, before going to his insurance job. Library of Congress hide caption

As we reach the end of the year, U.S. poet laureate Ted Kooser joins host Melissa Block to read a reflection on welcoming in a new year, from a book of his prose: Local Wonders.

For 35 years, Kooser worked in the life insurance business, waking up in the early morning hours to write his poetry. He retired six years ago and now lives in rural Nebraska.

Kooser is in his second year as the nation's poet laureate, and won the Pulitzer Prize this spring.

Below, Kooser shares some more reflections on bidding an old year goodbye and on the winter season, in poetry and in prose.

From 'Local Wonders,' as read by Ted Kooser

Life is a long walk forward through the crowded cars of a passenger train, the bright world racing past beyond the windows, people on either side of the aisle, strangers whose stories we never learn, dear friends whose names we long remember and passing acquaintances whose names and faces we take in like a breath and soon breathe away.

There's a windy, perilous passage between each car and the next, and we steady ourselves and push across the iron couplers clenched beneath our feet. Because we are fearful and unsteady crossing through wind and noise, we more keenly feel the train rock under our legs, feel the steel rails give just a little under the weight, as if the rails were tightly stretched wire and there were nothing but air beneath them.

So many cars, so many passages. For you, there may be the dangerous passage of puberty, the wind hot and wild in your hair, followed by marriage, during which for a while you walk lightly under an infinite blue sky, then the rushing warm air of the birth of your first child. And then so soon, it seems, a door slams shut behind you, and you find yourself out in the cold where you learn that the first of your parents has died.

But the next car is warm and bright, and you take a deep breath and unbutton your coat and wipe your glasses. People on either side, so generous with their friendship, turn up their faces to you, and you warm your hands in theirs. Some of them stand and grip your shoulders in their strong fingers, and you gladly accept their embraces, though you may not know them well. How young you feel in their arms.

And so it goes, car after car, passage to passage. As you make your way forward, the roadbed seems to grow more irregular under the wheels as you walk along. 'Poor workmanship,' you think, and to steady yourself, you put your hands on people's shoulders. So much of the world, colorful as flying leaves, clatters past beyond the windows while you try to be attentive to those you move among, maybe stopping to help someone up from their seat, maybe pausing to tell a stranger about something you saw in one of the cars through which you passed. Was it just yesterday or the day before? Could it have been a week ago, a month ago, perhaps a year?

The locomotive is up ahead somewhere, and you hope to have a minute's talk with the engineer, just a minute to ask a few questions of him. You're pretty sure he'll be wearing a striped cap and have his red bandana around his neck, badges of his authority, and he'll have his elbow crooked on the sill of the open window. How impassively he will be gazing at the passing world, as if he's seen it all before. He knows just where the tracks will take us as they narrow and narrow and narrow ahead to the point where they seem to join.

Reprinted from Local Wonders: Seasons in the Bohemian Alps, University of Nebraska Press, 2003, by permission of Ted Kooser.

their stems all pointed the same direction

Five, all in a row, had been singled out

for special commendation and were wrapped

these were the leaders, the first to leap

from the trees, singing their battle song,

Early this morning I lifted the lid

and they were sleeping peacefully, lying

on one hard side or the other, dreaming

their leafy, breezy dreams of home.

then the sadness of my mother's death

in the cold, wet chapters of spring.

For me, featureless text of summer

burning with illness, a long convalescence,

then a conclusion in which

A bibliography of falling leaves,

an index of bare trees,

over the soft white endpapers of the year.

Thoughts on Winter from 'Local Wonders'

Few long-time city dwellers who move to the country for peace and quiet understand in advance how big an allowance of winter can get spent starting machinery, thawing plumbing pipes, or climbing down in a frigid well pit to puzzle over a sudden absence of water pressure at the moment your wife was ready to rinse the shampoo out of her hair. If a fellow has become accustomed to driving his SUV into the local Firestone Car Care Center and tossing his car keys (with their lucky rabbit's foot) onto the glass counter, then striding out the door, topcoat flying, he probably has no idea what life is like in a drafty five-below-zero barn with cold feet and a runny nose, thirty miles from the nearest mechanic, praying that a fifty-year-old tractor will start.

We had six inches of snow on Sunday, preceding what the weather experts call an arctic air mass, but what I'd call a clear blue sky. That sky arrived this morning with a pale full moon in the west, lip-chapping winds, subzero cold, and a windchill of minus forty. Impassable drifts of snow blocked our driveway.

My 1947 Farmall Cub tractor was built prior to the invention of the windchill factor, and if it could scoff at such an elaboration, it would certainly scoff. Like other machines, it holds to the time-honored standard of mercury column temperatures. It was five below in the barn when I went there at six this morning to see if I could get the Cub to start. If I'd known in which of its orifices I might insert a fever thermometer, the tractor's temperature would have been precisely five below, In fact, I was the only thing within a mile that knew what the windchill factor was and was all the colder for knowing it. The radio had been tireless in reminding me of it every ten minutes while I ate breakfast, and now I was being reminded of it by my puffs of breath, which hung in a sour coffee-flavored cloud before me. The red siding on the barn, the snowdrift at its door, the dusty glass of its little windows, every tool handle, every wisp of straw, all these were five below. Alice was as oblivious to the windchill as was the tractor as she happily snorted around in dark corners expecting to sniff out a rat, a long-dead sparrow, or some other delicacy.

The Cub has a five-foot snow blade on its front and a twenty-five-horsepower four-cylinder engine that can on a good day nudge a small heap of snow from one place to another. I hooked up the battery charger with its dial set to 6 VOLT START, checked the antifreeze level and the tire chains, squirted some ether into the carburetor intake (suddenly recalling a painful childhood tonsillectomy), said a short blessing, snapped on the charger, saw its arrow go over into the red zone, turned on the ignition, and cranked the starter. The Cub started right up, its little stack trumpeting an eye-burning flatulence of exhaust.

I let it warm up for ten minutes, then folded an old blanket for the cold metal seat, sensitive as I am at my age to the caution that many farmers have picked up bad cases of prostate trouble from cold tractor seats, a rural variation on the germy toilet seats my mother had warmed me about. I adjusted my cap, earflaps down, climbed aboard, and merrily lurched out into the drifts. I seemed the happy genius of the winter day, the center of our farm's attention. Every sparrow in the bushes, every field mouse in its burrow, every rat in the woodpile listened as I rattled to and fro.

Within an hour I'd gotten stuck and unstuck twice, lost my cap to a tree branch, torn up the end of our brick sidewalk with the tractor's chains, scraped a lot of gravel off the drive into the grass, given Alice reason to run in wild circles, barking, and burned a gallon of gas and a quart of oil. I had also created a high-speed bobsled chute in place of the driveway, which ascends to the county road and which my wife's Subaru had negotiated without any effort whatsoever while I was still tinkering in the barn. I also stalled the engine once, and since the battery wouldn't hold a charge and the generator didn't seem to work, I had to run a hundred-foot extension cord out from an outlet in the house, haul the charger from the barn, repeat my invocation, and start it again so I could steer it back into the cold silence of the barn.

I was able to accomplish all that in just three hours, and the guys at the Firestone didn't get a cent out of me.

Reprinted from Local Wonders: Seasons in the Bohemian Alps, University of Nebraska Press, 2003, by permission of Ted Kooser. 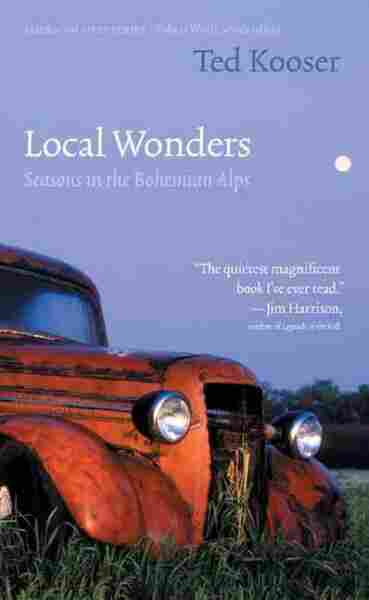 Seasons in the Bohemian Alps 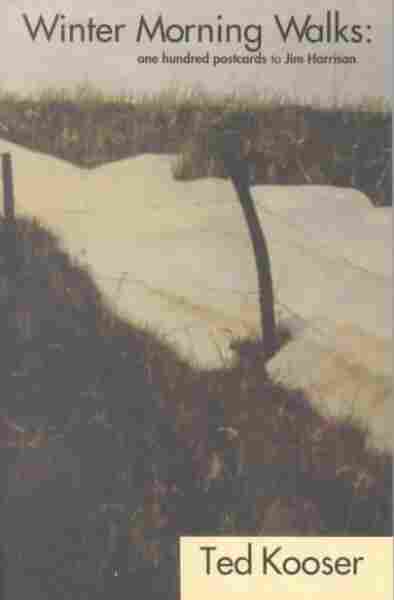