Accessibility links
'Taste of Home': Small Focus, Big Magazine Taste of Home's subscription base rivals that of People and Time, but it flies under the radar thanks to its non-urban readership and lack of advertising. 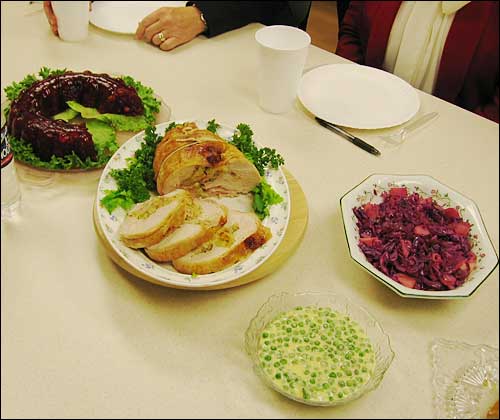 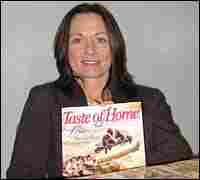 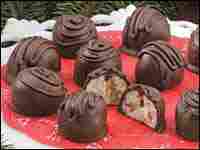 One of the nation's most popular magazines is one relatively unknown in large metropolitan areas. Taste of Home's subscription base rivals that of People and Time, but it flies under the radar thanks to its non-urban readership and lack of advertising.

All the recipes are sent in to the Greendale, Wisc.-based magazine by home cooks from places such as Ruidoso, N.M., and Plainfield, Ind. In one regular feature, the "Mom's Meal," there's an account of what the meal means to the family and when it's served.

With its giant circulation and low overhead, Taste of Home is very good business. Reader's Digest acquired the magazine's publisher, Reiman Publications, for a reported $760 million three years ago, and the new owners expect annual revenues of more than $300 million. The Digest plans no major changes, but has moved the magazines into newstands and supermarket checkout counters.

The flavorful filling at the center of these yummy candies tastes like genuine chocolate chip cookie dough...without the worry of raw eggs. That's what makes them so appealing. Plus, they're easy to make. -- Lanita Dedon Slaughter, Louisiana

In a mixing bowl, cream the butter and brown sugar until light and fluffy. Add the flour, milk and vanilla; mix well. Stir in the chocolate chips and walnuts. Shape into 1-in. balls; place on waxed paper-lined baking sheets. Loosely cover and refrigerate for 1-2 hours or until firm.

In a microwave-safe bowl, melt candy coating, stirring often until smooth. Dip balls in coating; place on waxed paper-lined baking sheets. Refrigerate until firm, about 15 minutes. If desired, remelt remaining candy coating and drizzle over candies. Store in the refrigerator.