Accessibility links
'Champagne': The Evolution of Bubbly In Champagne: How the World's Most Glamorous Wine Triumphed Over War and Hard Times, Don and Petie Kladstrup offer the history of a New Year's Eve staple that had rather inauspicious beginnings.

Listen
'Champagne': The Evolution of Bubbly 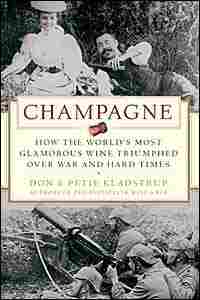 Saturday night and many other nights during the year, the default beverage for celebratory toasts is champagne. But the French region's product was not always called champagne, nor was it the white, bubbly wine we know today.

Authors Don and Petie Kladstrup explore the drink's history and mythology in Champagne: How the World's Most Glamorous Wine Triumphed Over War and Hard Times. The husband-and-wife authors talk with Linda Wertheimer about their book.

Chapter One: The Monarch and the Monk

But Louis XIV and Dom Perignon had one thing in common: both loved champagne, or, more precisely, the wine that would become champagne. Despite their differences, no two individuals did more to launch champagne on its path to fame and glory.

In the beginning, however, there was no such thing as champagne. Champagne was not a wine; it was a place, a region known mainly for fine, quality wool. If peasants had extra land, they sometimes planted vines and made wine to supplement their diets or earn extra income. Because that wine was so insignificant, it didn't even have a name. Instead, it was lumped in with other wines as "vins de l'Ile de France" or sometimes just "vins Français." Other times, it was labeled by the town or area it came from, such as "vins de Aÿ," "vins de la montagne," or "vins de la rivière." One thing it was never called was "champagne."

Also, it was red, but not dark red. It was pale, more onionskin in color, a variable pinkish brown which people described as oeil de perdrix, or partridge's eye.

More significant, there were no bubbles -- not intentional ones, at least. Bubbles were considered a fault, something that ruined the wine and was to be avoided.

Although the Romans had begun planting vines and making wine in Champagne around 57 B.C., it wasn't until the eleventh century that anyone outside the region paid much attention. That was when the son of a vigneron from Châtillon-sur-Marne was elected to the papacy, assuming the name Urban II. The new Pope did much to promote the wines of his native land, letting it be known that he "preferred them to all others." (It was an open secret in Rome that the best way to gain an audience with His Holiness was to arrive with a quantity of wine from Champagne.)

But there was something else the Pope did that enhanced the reputation of the region's wine even more: He launched the Crusades.

Champagne was a patchwork of warring fiefdoms whose leaders kept the province in constant turmoil. There was no central authority; some people were loyal to the king, others paid homage to the Duke of Burgundy, while still others owed their allegiance to the emperor of Germany. Some, who had bits of property scattered around the area, could find themselves paying homage to as many as five or six different overlords.

This tangle of allegiances led to so much upheaval and destruction that the Church was finally moved to appeal for a "Truce of God," which forbade fighting during religious festivals, Holy Days, and on Sundays. Thus were weekends born.

Weekends, however, did little to bring an end to the turmoil. Rather than continue trying to restrain it, the Church opted to direct it for its own purposes.

In 1095 Pope Urban declared, "Let those who until now have been moved only to fight their fellow Christians now take up arms against the infidel." With those words, the First Crusade began. His call for a holy war struck a particularly responsive chord with his fellow Champenois, as warlords and others put aside differences and set off for Jerusalem, accompanied by their armies and retinues.

For the first time in generations, an atmosphere of calm descended over the region. Emptied of feuding factions, Champagne was transformed into an "island of peace," capable of profiting from its location at the crossroads of Europe's two major trade routes. One ran east–west between the Frankish and Germanic kingdoms; the other extended from the North Sea to the Mediterranean. These routes made Champagne a natural center for commerce and helped spawn huge annual trade fairs, events that went on for weeks and attracted merchants from throughout the continent. There was lace from Holland, blankets from Belgium, furs from Russia, leather and gold from Italy, fine steel blades from Spain, oils from the Mediterranean, and wool and linen from France.

But not wine. The wines of Champagne were produced for local consumption and in such small quantities that even local needs often couldn't be met. Offering wine for sale or trade at fairs was out of the question. Merchants wanting wine to take home had to travel to Burgundy, a difficult journey that took at least a week.

By the 1200s, that began to change. Wool producers from Champagne, who made a bit of wine on the side, came up with a novel idea. To entice trade-fair visitors to buy their wool, they decided to provide free wine as well.

The promotions worked better than producers dared hope. Not only did they sell more wool, but they also began receiving orders for wine. Within a short time, wine had overtaken wool as the major product of the region. Although most buyers felt it necessary to "baptize" the wine before drinking it, diluting it with water because it was rather rough, they still found it agreeable. Best of all, it was cheaper than wine from Burgundy.

The Crusades, however, did more than provide a peaceful interlude in which Champagne could exploit its location at the crossroads of two trade routes. They also spurred the expansion of Champagne's vineyards. Because crusading was astronomically expensive, knights, nobles, and other landowners authorized peasants to plant more vines and make more wine to help finance their expedition. They also drew up wills. Hoping to ensure their salvation, the holy warriors stipulated that if they failed to return from the Holy Land, part of their property -- including vineyards -- would go to the Church. Many did . . .

The foregoing is excerpted from Champagne by Don Kladstrup and Petie Kladstrup. All rights reserved. Reprinted with permission from the publisher. 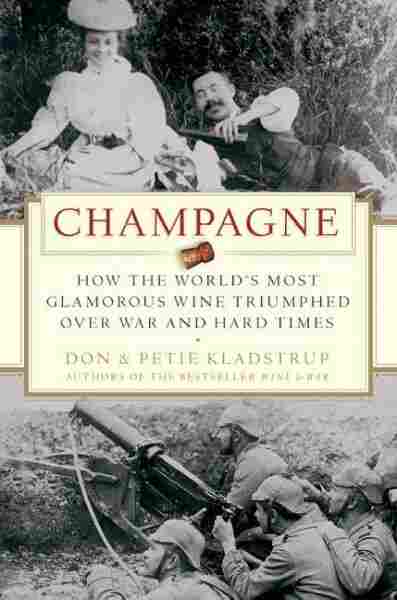