Accessibility links
Iraq Soldier Describes War in Poetry Poet Brian Turner served as a sergeant in the US Army's Third Stryker Brigade in Iraq. Here, Bullet, collects the poems through which he reflects the experience of war. 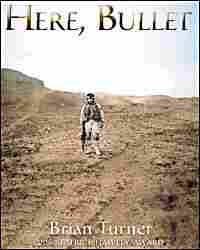 Brian Turner is a soldier-poet who served for seven years in the U.S. Army. Beginning in November 2003, he was an infantry team leader in Iraq with the 3rd Stryker Brigade Combat Team, 2nd Infantry Division.

His book, Here, Bullet, reflects his war-time experiences in graceful and unflinching poetry. Turner tells Steve Inskeep about the military tradition in his family and why he joined the Army when he was almost 30. He reads selected poems from his collection and reflects on what inspired them. One poem, Eulogy, was written to memorialize a soldier in his platoon who took his own life.

and seagulls drift by on the Tigris River.

Prisoners tilt their heads to the west

though burlap sacks and duct tape blind them.

The sound reverberates down concertina coils

the way piano wire thrums when given slack.

And it happens like this, on a blue day of sun,

when Private Miller pulls the trigger

to take brass and fire into his mouth:

the sound lifts the birds up off the water,

a mongoose pauses under the orange trees,

and nothing can stop it now, no matter what

blur of motion surrounds him, no matter what voices

crackle over the radio in static confusion,

because if only for this moment the earth is stilled,

and Private Miller has found what low hush there is

down in the eucalyptus shade, there by the river.

from Persia and beyond, their bodies dried

and wrapped in carpets, their dying wishes

to be buried near Ali,

where the first camel

dragged Ali's body across the desert

tied to the fate of its exhaustion.

Najaf is where the dead naturally go,

where the gates of Paradise open before them

the clouds made of gunpowder and rain,

the earth pregnant with the dead;

with room enough yet for what the years

will bring: the gravediggers need only dig,

The ghosts of American soldiers

wander the streets of Balad by night,

unsure of their way home, exhausted,

down the narrow alleys as a voice

sounds from the minaret, a soulfull call

reminding them how alone they are,

how lost. And the Iraqi dead,

they watch in silence from rooftops

as date palms line the shore in silhouette,

leaning toward Mecca when the dawn wind blows.

From Here, Bullet. Copyright 2005 by Brian Turner. Reprinted with the permission of Alice James Books. 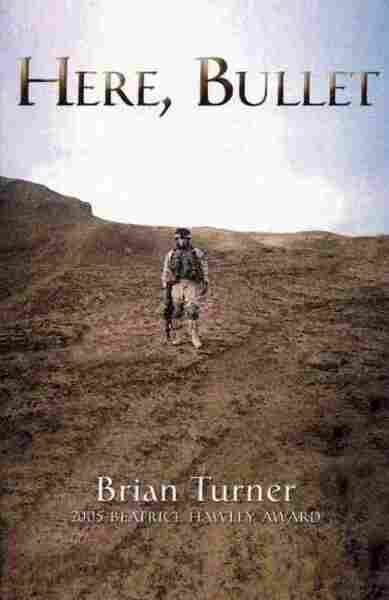