Host Debbie Elliott and Chris Roberts dissect the meaning of the nursery rhyme "Little Jack Horner." It's about a real estate swindle in 16th-century England. Roberts is the author of Heavy Words Lightly Thrown: The Reason Behind the Rhyme.

You think the real estate market is treacherous today, try England in the late 1530s. That's what the nursery rhyme "Little Jack Horner" is really all about.

ELLIOTT: Here to explain is our London librarian Chris Roberts. He's the author of "Heavy Words Lightly Thrown: The Reason Behind the Rhyme," and he's at our London bureau.

ELLIOTT: So who was Little Jack Horner?

Mr. ROBERTS: Little Jack Horner was actually Thomas Horner. The name Jack comes up in nursery rhymes a lot, usually to reflect a slightly knavish character, a bit of a ne'er-do-well. So I suspect that's why they changed his name to Jack from Thomas.

(Reading) `Little Jack Horner sat in a corner eating his Christmas pie. He stuck in a thumb and pulled out a plum and said, "What a good boy am I."'

Where to begin with this? This is talking about the dissolution of the monasteries, Henry VIII taking property from the Catholic Church. Jack, as we know, is actually called Thomas Horner. Now he was a steward to the Abbot of Glastonbury during the reign of Henry VIII. This is how the story goes: He was entrusted to take some title deeds of properties to Henry VIII as a bribe so the abbot could keep the main monastery, but was prepared to give away some of the lesser properties.

Now the title deeds were held and sealed in a pie, and Jack's off to London. But instead of delivering the bribe to Henry VIII, he helps himself to the pie, puts his hand in, pulls out a plum piece of real estate--in this case, a place called Mells Manor--and thinks he's very clever for doing this. That's one version of it, that Jack is a thief and he's stealing the bribe that's intended for the king. And he...

ELLIOTT: So was this common? Is there historical evidence to support the theory that bribes were often delivered in pies?

Mr. ROBERTS: It comes up bewilderingly often in nursery rhyme. And it's--I think the pie is used as a metaphor. I think it's not necessarily what we would think of as a pie. It's just referring to a means of concealing a document, concealing anything. It could be jewels in some cases. Now the Horner family, who incidentally lived in Mells Manor until the 20th century, are quite outraged at this slander of their ancestor and understandably so.

And there are actually two rhymes that mention Mr. Horner. The first one that mentions him is: `Hopton(ph), Horner, Smith and Finn, when the abbots went out, they came in.' And a much more likely reading of what happened is that Thomas Horner, along with the other people mentioned in the previous rhyme--Hopton and Smith and Finn--were up-and-coming gentry. They were Protestant, they were local merchants doing quite well for themselves in the area around Glastonbury, and that they bought the property. You could see it as an early example of gentrification. They bought the property at the time admittedly at a knockdown rate, and admittedly the land had been stolen from the Catholic Church by Henry VIII. This seems to be what happened after the dissolution of the monasteries. The king didn't keep all the land for himself; he distributed it amongst his supporters so he then could rely on their loyalty should anything occur in the future, should there be a rebellion in the future. I suspect, though I can't prove this, that the popular `Little Jack Horner sat in a corner, eating his Christmas pie' version is actually the Catholic take on proceedings there.

ELLIOTT: Chris Roberts is the author of "Heavy Words Lightly Thrown: The Reason Behind the Rhyme," and he's a librarian at Lambeth College in South London. 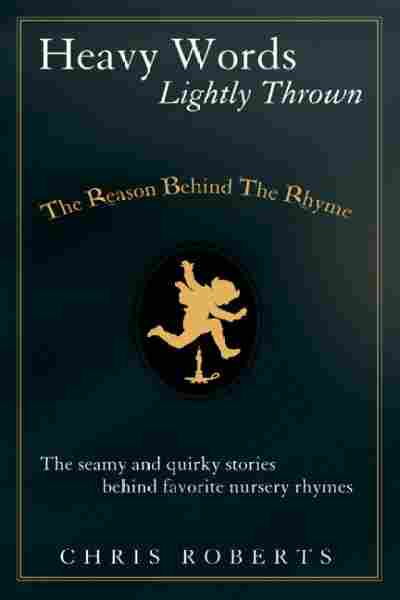 The Reason Behind The Rhyme